Air National Guard Eagles have taken part in one of the largest exercises in Europe before heading to Bulgaria.

The American air superiority aircraft belong to the contingent of a dozen F-15s (four were deployed to Iceland to provide air policing duties) that will remain in the European theater for a 6-month tour in support of Operation Atlantic Resolve as part of the latest iteration of a Theater Security Package (TSP), a temporary deployment from CONUS (Continental US) of a force whose aim is to augment the Air Force presence in a specific region, for deterrence purposes.

This TSP, in particular, “will […] demonstrate the U.S. commitment to a Europe that is whole, free, at peace, secure, and prosperous and to deter further Russian aggression”

The 8 F-15s of the 131st Expeditionary Fighter Squadron that attended the 12-day Royal Netherlands Air Force Frisian Flag 2016 exercise “dominated the skies” according to a U.S. Air Force release. 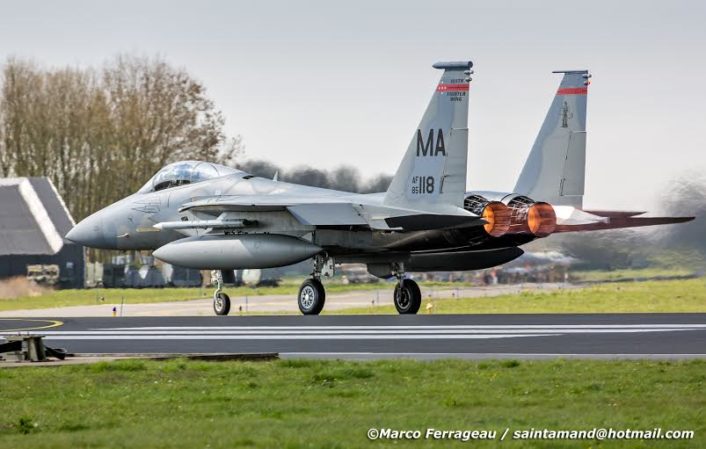 The F-15 proved to be the preeminent air superiority fighter, while the highly trained support staff and expert maintainers ensured 98% aircraft availability. “The jets and personnel have exceeded performance expectations and our international partners have repeatedly complimented the professional and lethal performance of the 131st,” said Lt. Col. David Halasi-Kun, 131st EFS detachment commander.

The aim of the exercise was to practice multination MFFO (mixed fighter force operations) against realistic airborne, ground and naval threats to validate tactics and improve cooperation. 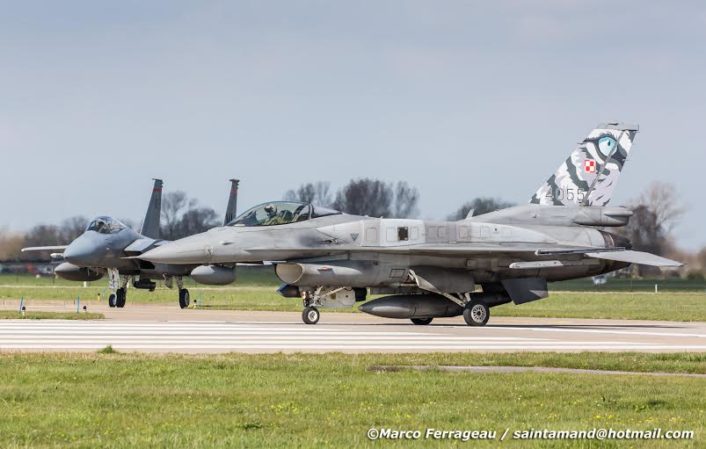 Interestingly, one of the F-15s can also be seen in the image below carrying a SNIPER ATP (Advanced Targeting Pod): the TGT pods are used by interceptors to watch the enemy from distance without using the radar to “paint” it. 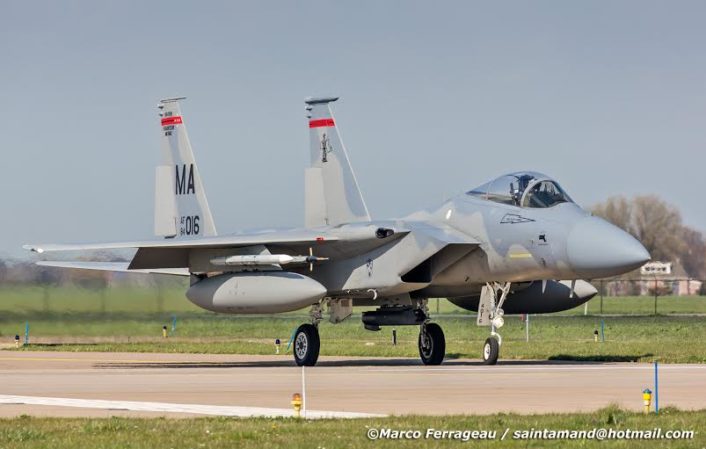 After the FF2016 came to an end, the 131st EFS redeployed to Bulgaria “to continue its overall mission to strengthen interoperability and demonstrate U.S. commitment to a Europe that is whole, free, at peace, secure, prosperous and able to deter aggression.” 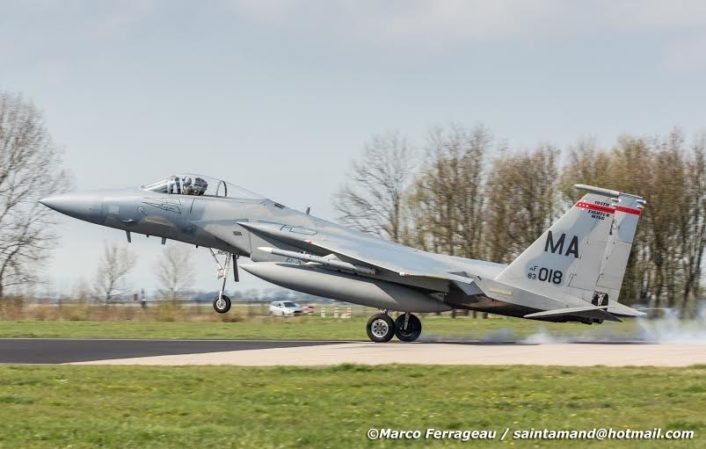 Beware of EXIF when you upload images to Flickr: USAF photo caption says image was taken in 2012. Flickr says May 2009. USAF lied.

Some cool F-15C Eagle air-to-air images. As we have recently explained, thanks to its privileged position onboard a tanker, the boomer has a unique place from which he can take interesting photos of military aircraft. […]