Finnish Air Force F/A-18s as seen from the tanker aircraft.

The images in this post were taken during aerial refueling training exercise underway from Apr. 4 to Apr. 8 in Finland.

Finnish Air Force single and two-seater F/A-18s are practicing AAR (Air-to-Air Refueling) with the help of the 100th ARW (Air Refueling Wing) from RAF Mildenhall, that deployed a KC-135 tanker to Rovaniemi airbase (where it found a pretty cold temperature as the image below proves…).

The drills, carried out in daylight conditions from 8AM to 4PM local time, aim to train Finnish Hornet pilots refuel mid-air by a tanker using the hose-and-drogue refueling system. A second such exercise is scheduled in September. 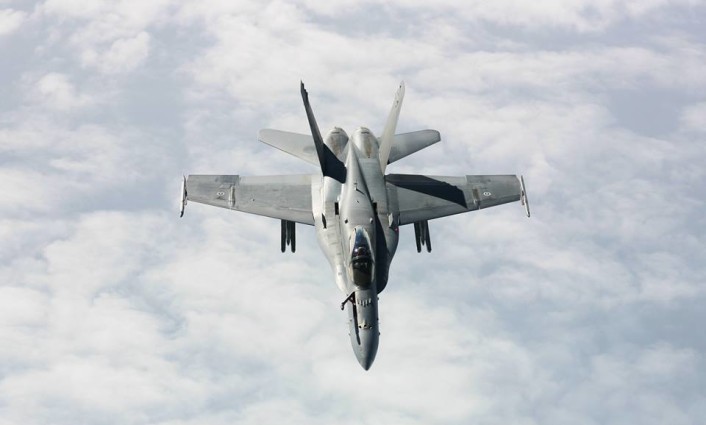 The USAF WC-135C Constant Phoenix might be investigating a spike in radioactive levels in Norway. Someone speculates the release of this radionuclide could be the effect of a Russian nuclear test. On Feb. 17, 2017, […]

Two F-16 Fighting Falcon jets, one F-18 Hornet and one Mig-29 Fulcrum were among the most interesting foreign guests of Roma International Air Show 2014. Along with the Frecce Tricolori and Patrouille de France display […]