Taken on Dec. 17, 2015, the photos in this post show several kinds of aircraft parked on the Tyndall Air Force Base flightline. 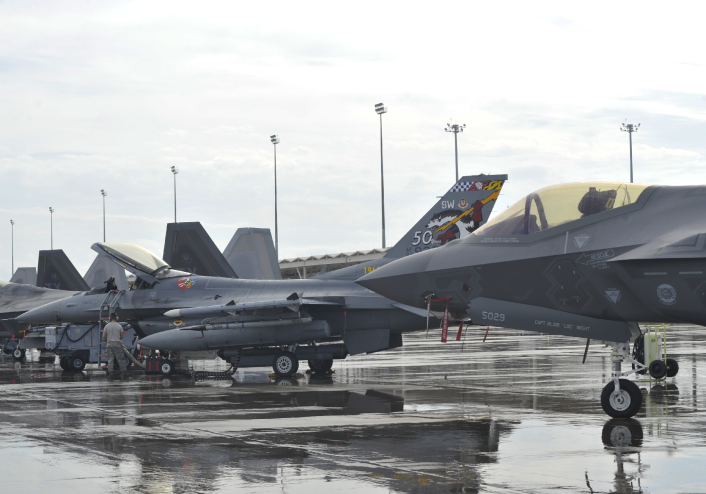 Checkered Flag (whose origins date back to the early ’80s) is a large-force exercise (LFE) that simulates the employment of a large number of aircraft, both legacy and fifth-generation combat planes that can take the opportunity to practice combat training together from a deployed environment. 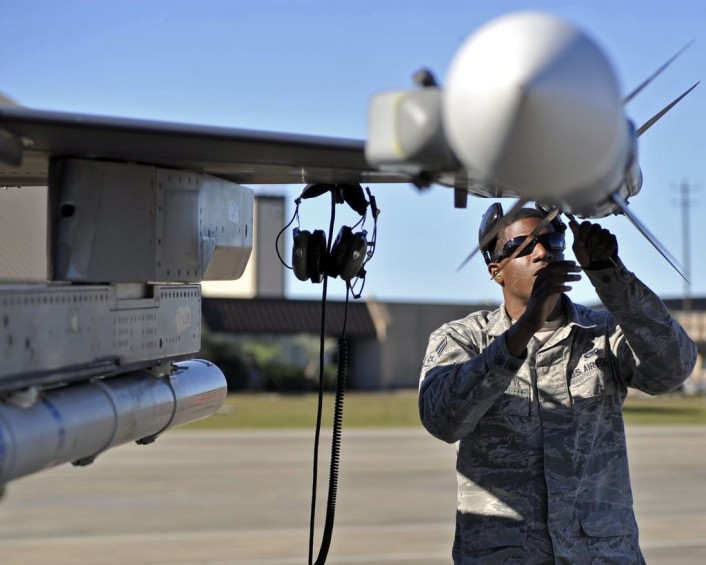 The drills aim to train the Global Response Force (GRF), a rapidly deployable contingent, including air, maritime and land components, able to deploy worldwide round-the-clock to respond to crisis, to deter escalation or to fight a war.

These large-scale exercises provide an invaluable opportunity for legacy aircraft to integrate their capabilities with those owned by F-22 Raptor and F-35 Lightning II fifth-generation fighters in a real-world, highly lethal environment.

It would be interesting to know how the stealth planes cooperated during the drills. The F-35 was not built as an air superiority platform and the Air Force says it needs the F-22  in combat.

When the Raptor was produced it was flying “with computers that were already so out of date you would not find them in a kid’s game console in somebody’s home gaming system.” So much so, the Raptor has to be modernized and kept up-to-date with cutting edge technology otherwise the JSF will be “irrilevant.” 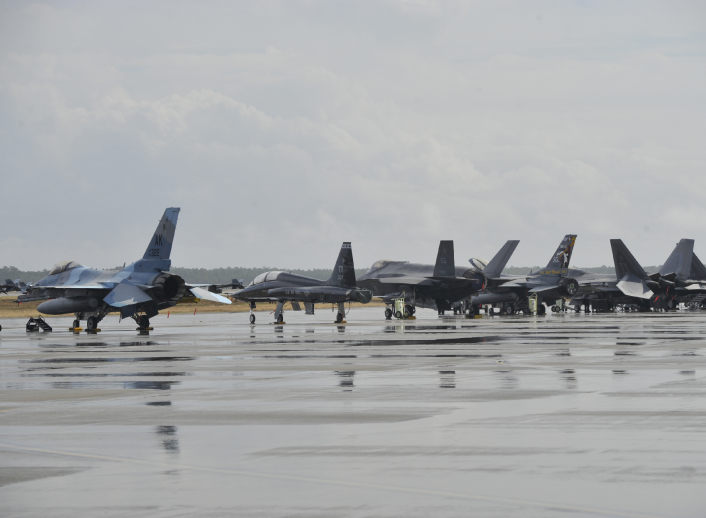 The Reason U.S. F-22 Stealth Jets and Russian Su-35S Flankers Are Shadow Boxing Over Syria May Have Nothing to Do with Syria

Are U.S. And Russia in Last-Minute Intelligence Grab Over Syria? International news media has been crackling with reports of intercept incidents between U.S. and Russian combat aircraft along the Middle Euphrates River Valley (MERV) de-confliction […]

Alaskan Raptors depicted as they deploy to fight Daesh. The following images show U.S. Air Force F-22 Raptor assigned to the 90th Fighter Squadron taking off from Joint Base Elmendorf-Richardson, Alaska, on Mar. 28, 2016 […]