More than 30 helicopters and 1000 military personnel from seven different countries are taking part in Italian Blade 2015, an exercise delivered by the Italian Army Aviation in Viterbo and supported by the EDA (European Defense Agency), about 80 km north of Rome. 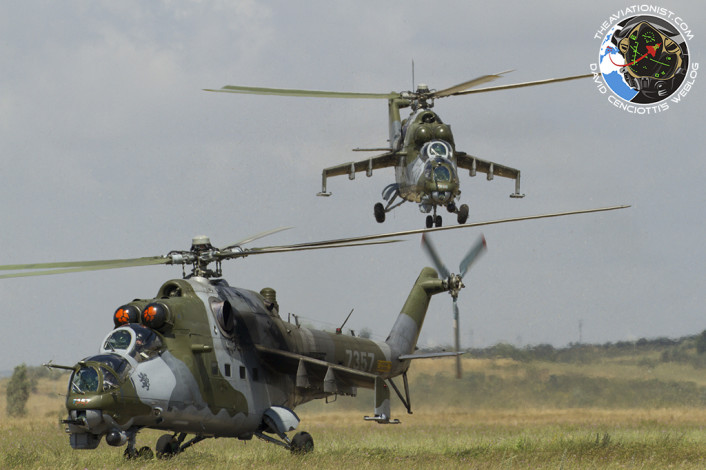 Taking place from Jun. 22 June to Jul. 3, Italian Blade 2015 (IB15), the largest helicopter drills in Europe this year is the 8th rotary-wing exercise supported by the European Defence Agency under the umbrella of the Helicopter Exercise Programme (HEP) whose aim is to maximise interoperability between all assets involved and share experience by flying and co-operating in conditions similar to those found in current and future operations. 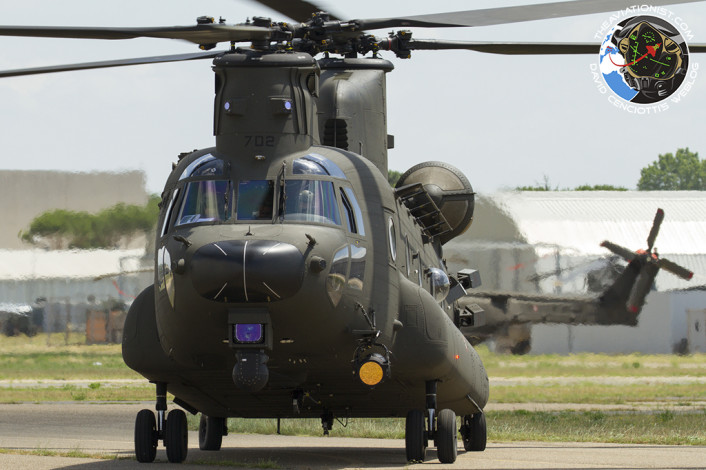 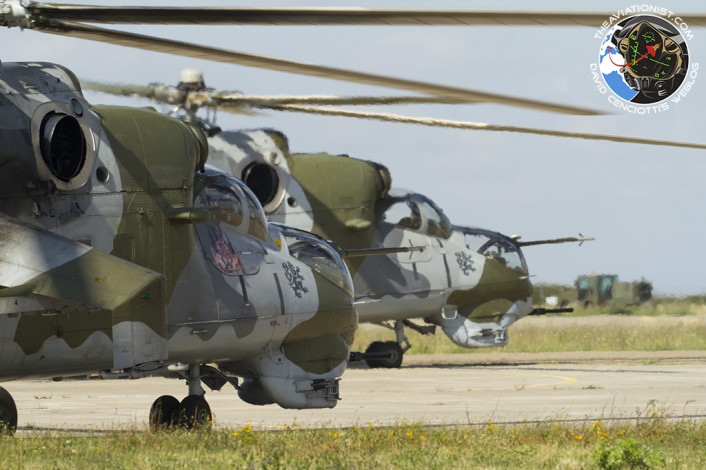 The exercise involves helicopters in a joint/combined Task Force deployed in a friendly and recent pro-democracy state for a CSO (Crisis Response Operation). The main threat is represented by opposition from insurgent forces (Illegal Armed Group): a scenario reflecting military operations other-than-war (MOOTW). 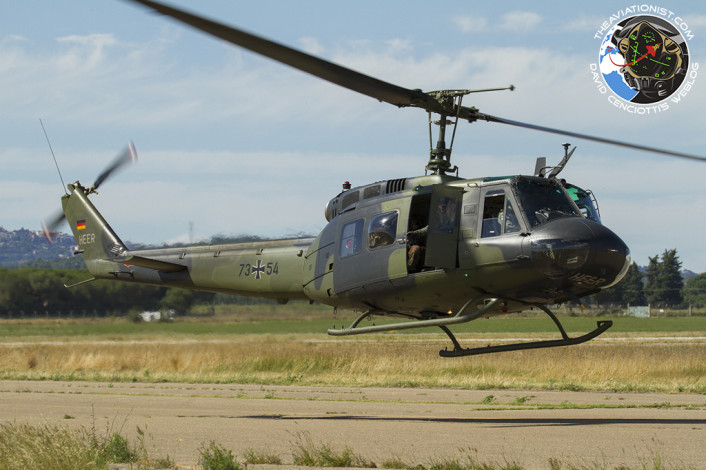 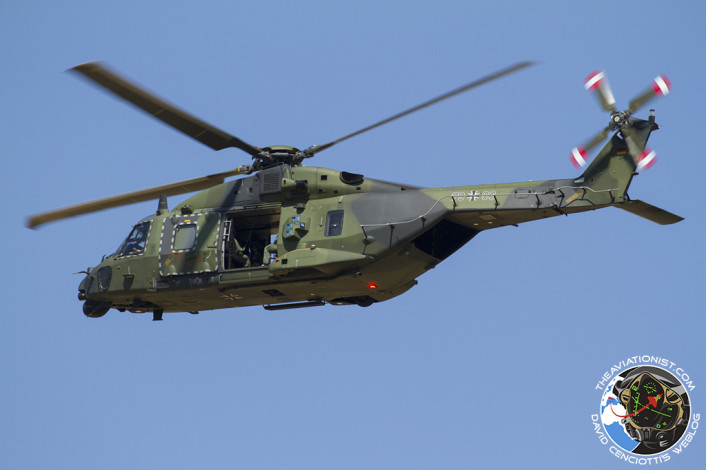 The Helicopter Aviation Regiment Orbat (Order of battle) can count of the following assets: 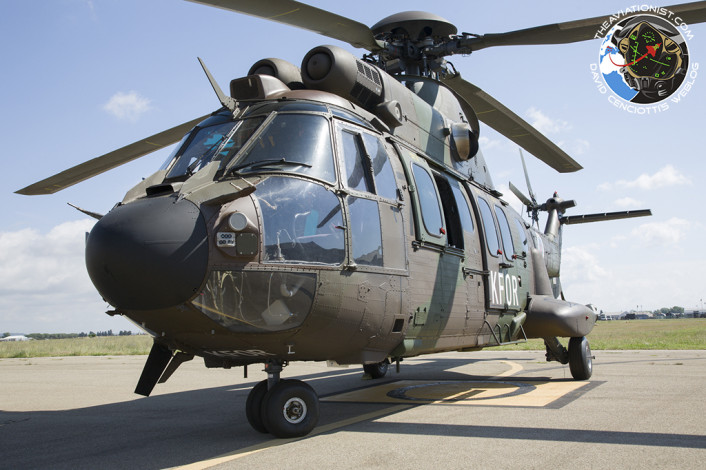 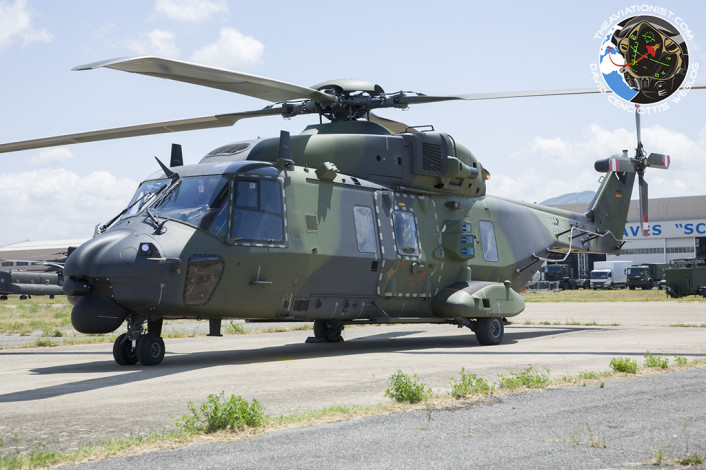 Flying in the Hungarian Mi-17 Hip

On Jun. 25, The Aviationist had the opportunity to take part in an IB15 mission on board a Hungarian  Mi-17 Hip. 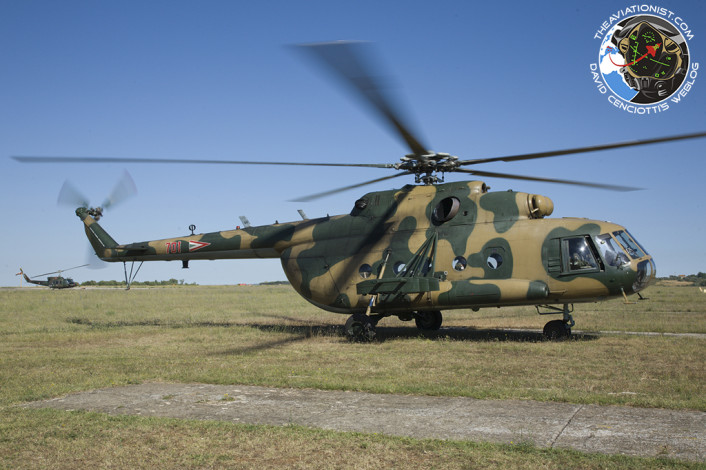 The Hungarian Air Force operates a fleet of about 10 Russian-built Mil Mi-17 and Mi-8 Hip helicopters which the service plans to replace in the near future due to the lack of spare parts. While it finds a proper replacement, the Hip is still used for a variety of combat roles at home and abroad, and it is also used to support and assist the home station training of the airmen who are designated to perform air mentor duties in Afghanistan: the Afghan Air Force (AAF) flies the Mi-17 transport helicopters and Hungary supports them with an Mi-17 Air Mentoring Team (AMT), based at Shindand, Herat Province, that provides classroom instruction and on-the-job training for the Afghan helicopter aircrews as part of the Italian–Hungarian Mi-17 Air Advisory Team.

During the IB15, the Russian chopper, from 86th Szolnok Helicopter Base, was tasked with a high altitude Personnel Recovery mission along with two Austrian AB-212s. 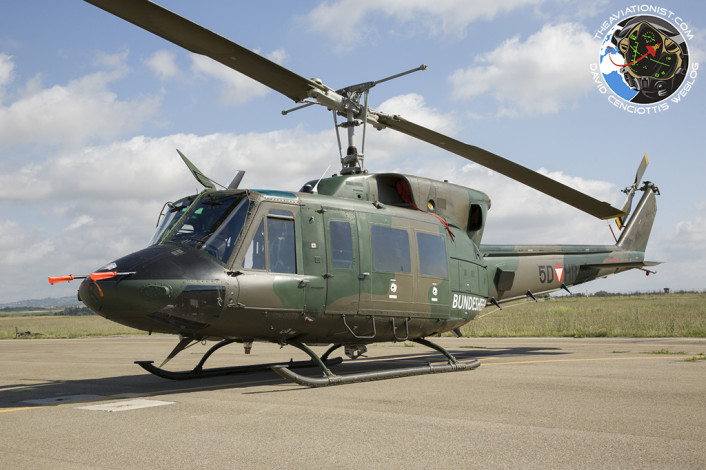 The area of operations was Monte Terminillo, a massif with the highest altitude of 2,217 metres, located about 100 km from Rome, where the Mi-17 performed several mountain landings. 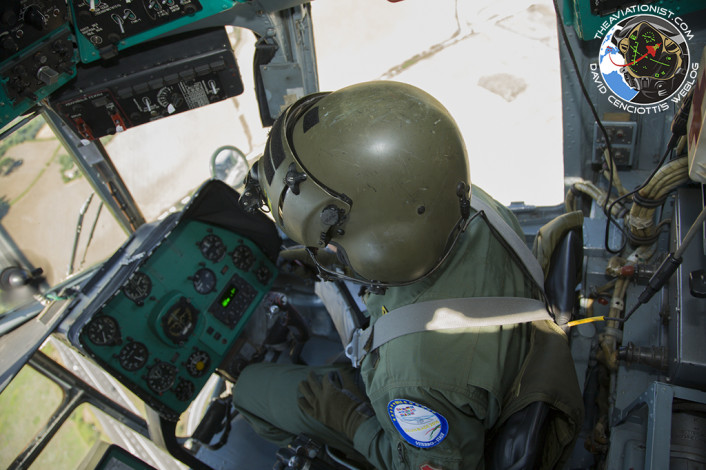 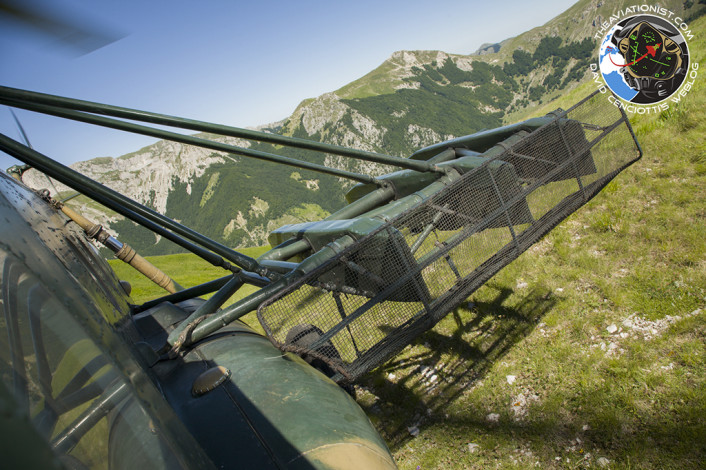 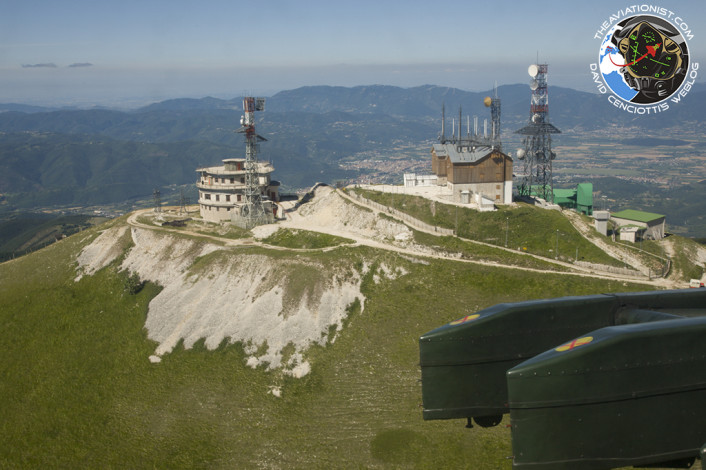 The 1,5 hour sortie gave our photographers Giovanni Maduli and Alessandro Borsetti the opportunity to take some interesting shots of the Hip and its old-styled cockpit. 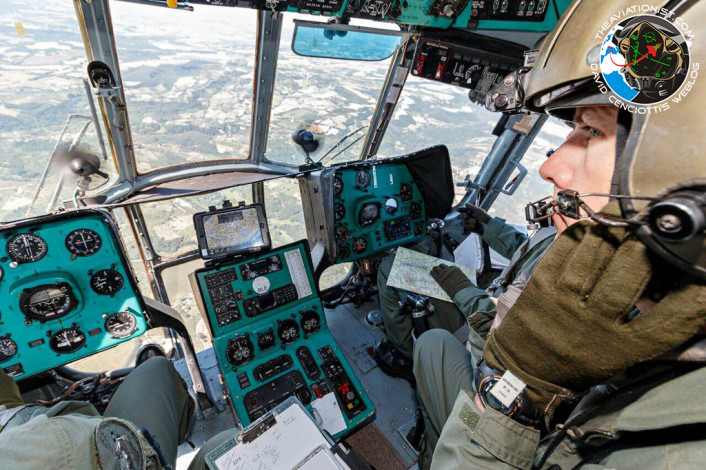 Interestingly, air conditioning in the Mi-17 is supplemented by mini-fans installed in front of the pilots. 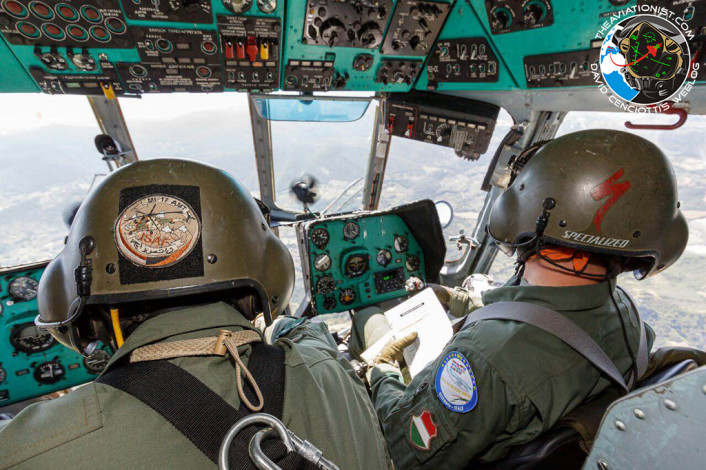 Although it is quite obsolete, the Mi-17 remains one of the most successful and interesting choppers in service with the air arms of several countries all around the world: for instance, Syria makes an extensive use of the Hip as a gunship or transport helicopter and one of the Syrian Arab Air Force Mi-17s made the news when it was shot down by a Turkish Air Force F-16 in September 2013. 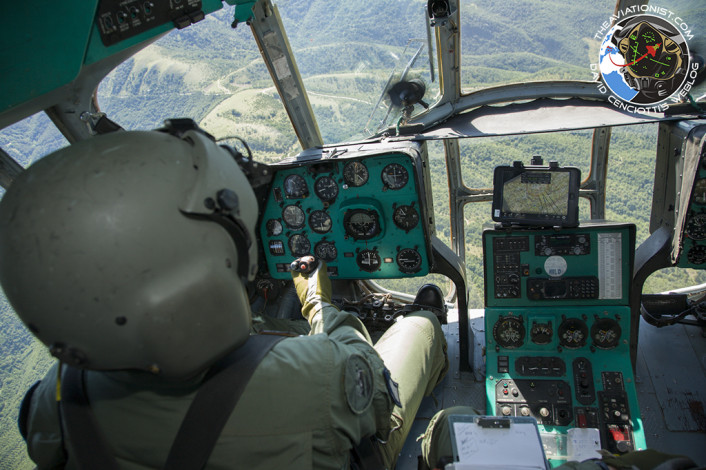 Here below is a short clip filmed during the sortie:

A U.S Navy HH-60H Seahawk Helicopter, belonging to the “Red Wolves” of Helicopter Sea Combat Squadron (HSC) 84, that crashed in in 2009 in Virginia during a training sortie at Fort Pickett, returned to service […]

On May 6, 2010, the Esercito Italiano (EI, Italian Army) celebrated its 149th Anniversary at Rome with a ceremony at Tor di Quinto (TdQ) military hippodrome. For the ceremony, that was attended by many civil […]