The A-10 is back in Iraq doing what it does better than many other assets: attacking hostile targets that threaten friendly forces or assets on the ground.

During the week of Nov. 17-21, the U.S. Air Force moved a squadron-sized element of A-10C Thunderbolt aircraft from Bagram, Afghanistan, to Ahmed al Jaber airbase, in Kuwait, to join the fight against ISIS.

The aircraft belong to the 163rd Expeditionary Fighter Squadron “Blacksnakes”, part of the 122nd Fighter Wing of the Air National Guard, based at Fort Wayne, Indiana. 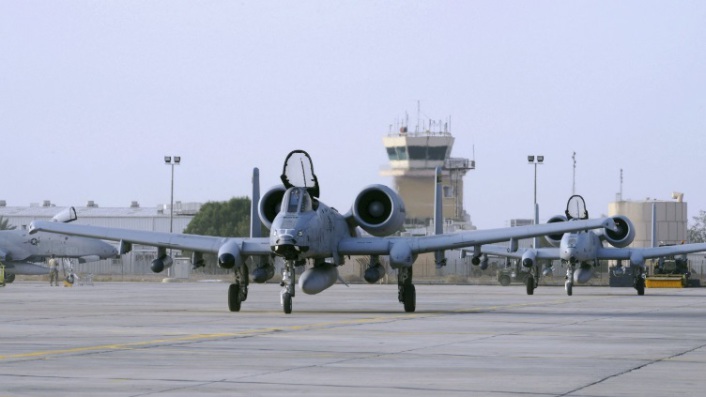 Little was known about their activities in support of Operation Inherent Resolve until a video showing a “Warthog” (as the A-10 is nicknamed among the fighter pilots community) attacking ground targets in Al Anbar region, in western Iraq, using its GAU-8 Avenger a 30 mm hydraulically driven seven-barrel Gatling-type cannon

The Air Force planned to get rid of the A-10 but the Congress blocked the retirement in 2015 keeping part of the Warthog fleet (100 aircraft) intact.

Wow! How many A-10s and F-16s can you count in these stunning photographs? “Elephant walk” exercises are conducted quite regularly at airbases all around the world to test the squadrons ability to launch large formations […]