All you need to know about the Iranian involvement in the air strikes against ISIS in Iraq.

The news of a cooperation between Washington and Tehran, later confirmed by the Pentagon, quickly spread across the world and images of the Iranian Phantoms in the colors of the Islamic Republic of Iran Air Force have appeared on worldwide media outlets. But the Iranian contribution to the air war on ISIS includes other assets. 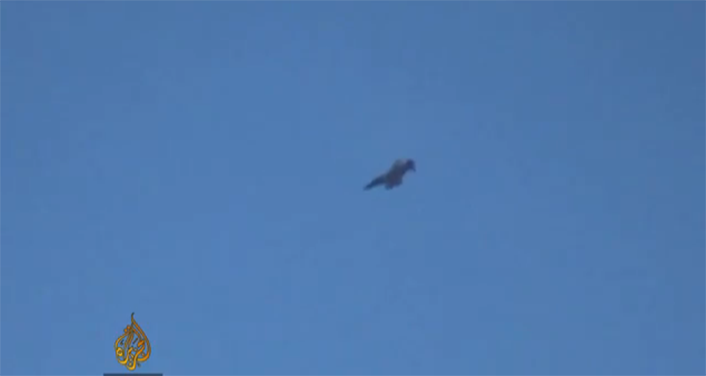 An insight into the IRIAF missions in Iraq was provided by Iranian defense expert Babak Taghvaee, a very well known author of several publications about the Iranian air forces and a regular contributor to some of the most read aviation magazines.

Taghvaee summed up the key features about the Iranian air raids in an email to The Aviationist.

– 18th to 20th November, several interdiction sorties were performed by the 2nd and 4th TFB’s F-5s in the Diyala province.

– Between Nov. 23 and Nov. 30, the F-4Es of the 3rd TFB and 9th TFB performed CAS (Close Air Support) sorties for the Kurdish Peshmerga, Badr militia and Iraqi SpecOps.

– On 29th and 30th November, the indigenous Sattar 4 LGBs and GBU-78/A Ghased TV guided bombs were used against the Daesh’s strongholds and heavy trucks successfully for first time in battle zone.

In conclusion, the Kurds and Iraqis retrieved the cities of Jalula and Saadia under fire support of IRIAF.

“The Americans had full coordination with Iranians during the combat sorties of IRIAF,” Taghvee highlighted.

Indeed, although it was theoretically possible for Iranian planes to fly inside Iraq without any coordination with other air forces operating in the same airspace, it would have been suicidal. For proper deconfliction of tactical assets, prior coordination and air space management and control are required.

There are several aircraft performing Airspace Control, Airborne Early Warning over Syria and Iraq: no plane could fly undetected in the area.

Anyway, we can’t but notice that, when called into action, the Iranian air force can conduct real combat missions in a low lethality scenario with a variety of (ageing) tactical planes and UAVs: facts that could fuel a much more credible propaganda than that made of some weird or totally fake claims we have commented in the past.

The video, released by the Ukrainian 45th Separate Artillery Brigade, shows the downing of the UAV after it completed its artillery spotting mission. Since the beginning of the Russian invasion in Ukraine, social media are […]