According to the Flyvevåbnet (Royal Danish Air Force), on Aug. 5 two RDAF F-16s from Skrydstrup deployed to Thule airbase in Greenland, to undertake the first ever “Arctic mission” aimed at training F-16 aircrews in the Arctic SAR (Search And Rescue) mission.

The aircraft arrived in Greenland for the 2-day exercise with a stop-over at Kangerlussuaq (Søndre Strømfjord) another airport in Greenland.

The Arctic scenario has become one of the Danish defense priorities: among all the other things, the RDAF could be asked to quickly deploy fighter planes to the island to perform surveillance as well as SAR support tasks around the Arctic Circle. 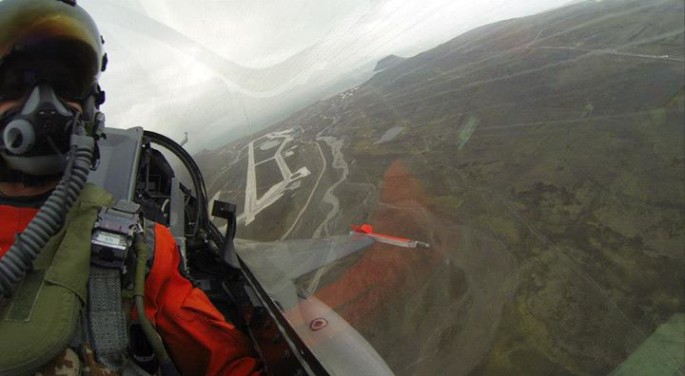 The episode happened after the crew had to divert because of adverse weather and the helicopter was parked at a remote airfield. An unusual incident happened on Sept. 16, 2020, when a polar bear damaged […]

This is not covered by warranty. Royal Danish Air Force personnel love to film their F-16s using air-to-air and air-to-surface armament. A GoPro screenshot of a RDAF pilot firing an AIM-9 Sidewinder produced one of […]