Mig-29N and Su-30 flying in formation with F/A-18E during PASSEX exercise in Malaysia.

Here are a couple of cool and rare images taken during Passex 2014 from inside a U.S. Navy Super Hornet while flying a mixed formation with the RMAF Russian aircraft. 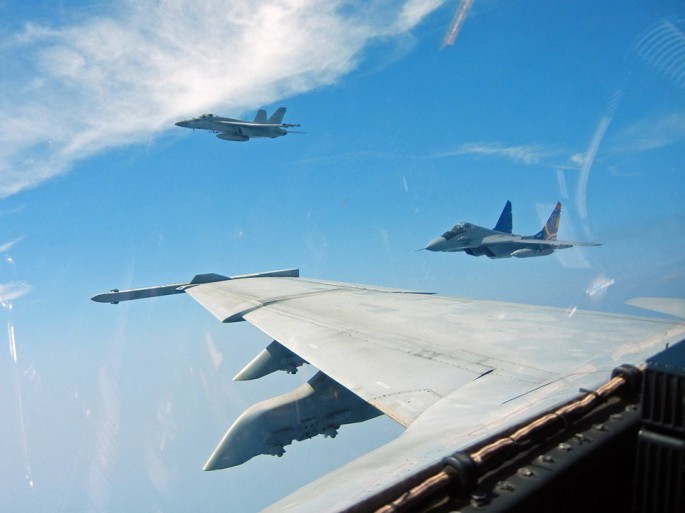 Taken in the South China Sea on Oct. 15, the following picture shows a quite unusual formation: two F/A-18Es from VFA-27 “Royal Maces” fly in formation with two Sukhoi Su-30s from the Royal Malaysian Air […]

The facility is not mission capable but there are no details yet on the damage caused by the earthquake. Following last week’s earthquakes up to 7.1 magnitude in the Ridgecrest area, Rear Admiral Bette Bolivar, […]

The BAMS-D drone was reportedly intercepted by a Khordad missile system. On June 19, 2019, at around 23.35 GMT, a U.S. Navy Broad Area Maritime Surveillance (or BAMS-D) demonstrator, an RQ-4A UAS (Unmanned Aerial System) […]