On Oct. 9, 2001, a C-2A Greyhound COD (Carrier On board Delivery) plane carrying Argentine dignitaries aboard experienced a mishap during a trap landing on the USS Nimitz: the left leg of the main landing gear went overboard and the aircraft almost fell in the ocean.

Fortunately, the C-2 got one of the wires and was able to come to a stop before falling overboard. 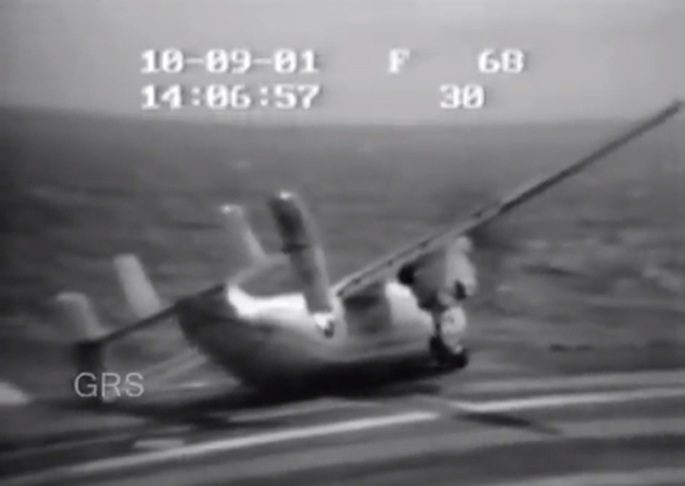 Here’s a video of the mishap (click this link as the video can’t be embedded out of Youtube).

H/T to @Alert5 for the link to the YT video.