The following pictures were taken, more or less at the same time, few hours ago.

They show the USS Nimitz passing under Golden Gate bridge and entering the Bay to attend the Festival in San Francisco for 75th anniversary of the bridge, from two different points of view: the first, was taken from the shoreline of the San Francisco Bay, by a photographer who uploaded it to Flickr; the second was taken on board the flattop as it sailed under the brigde with the personnel lined up on the flight deck, and posted to the aircraft carrier’s Facebook page.

The aircraft carrier has just completed carrier qualifications off the southern coast of California and no CVW-11 plane is on board. 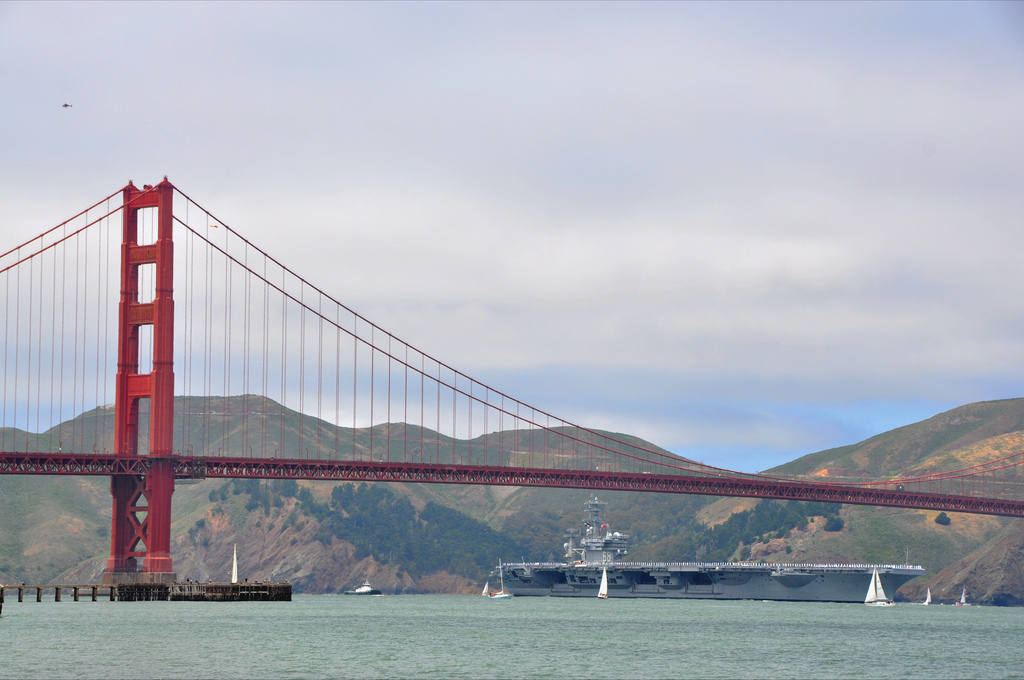 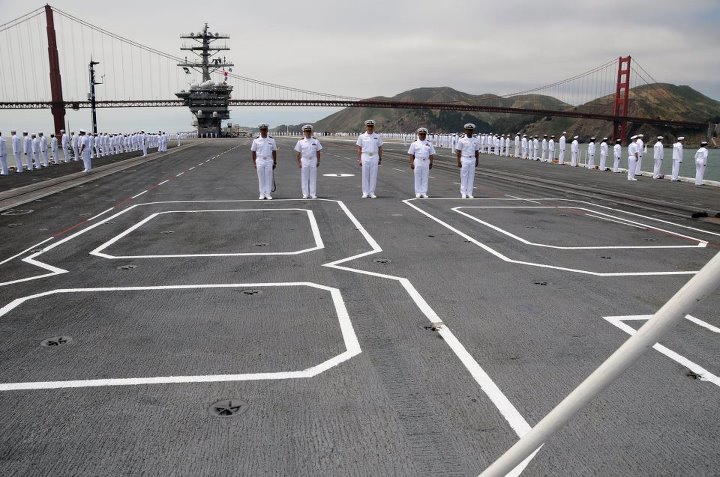 Thanks to the Internet and Social Media, we can follow some events as they happen.

Personas are easy-to-install themes that change the look of your Firefox web browser. They are different from themes since they change just the look of the browser without changing the navigation buttons, toolbars and menus, […]

Landing on an aircraft carrier in rough seas can be quite dangerous On Oct. 9, 2001, a C-2A Greyhound COD (Carrier On board Delivery) plane carrying Argentine dignitaries aboard experienced a mishap during a trap […]