Modeled after Trasformers toys, Robosaurus is a transforming dinosaur robot, with the driver (or “pilot”) sitting in the head of the ‘bot, with the ability to transform from a 48-foot semi trailer into a futuristic Tyrannosayrus Rex.

It was created by inventor Doug Malewicki in 1989 and is currently owned and operated by Monster Robots, Inc. It is used at motorsport events and air shows to eat and burn vehicles with a flame shooting out of its nostrils.

On May 20, Robosaurus performed at March Air Reserve Base, California, home of the 452d Air Mobility Wing (452 AMW), during the 2-day March Field AirFest 2012 air show.

Here are some of the most interesting images of the robot as it shoots fire out for the crowd. 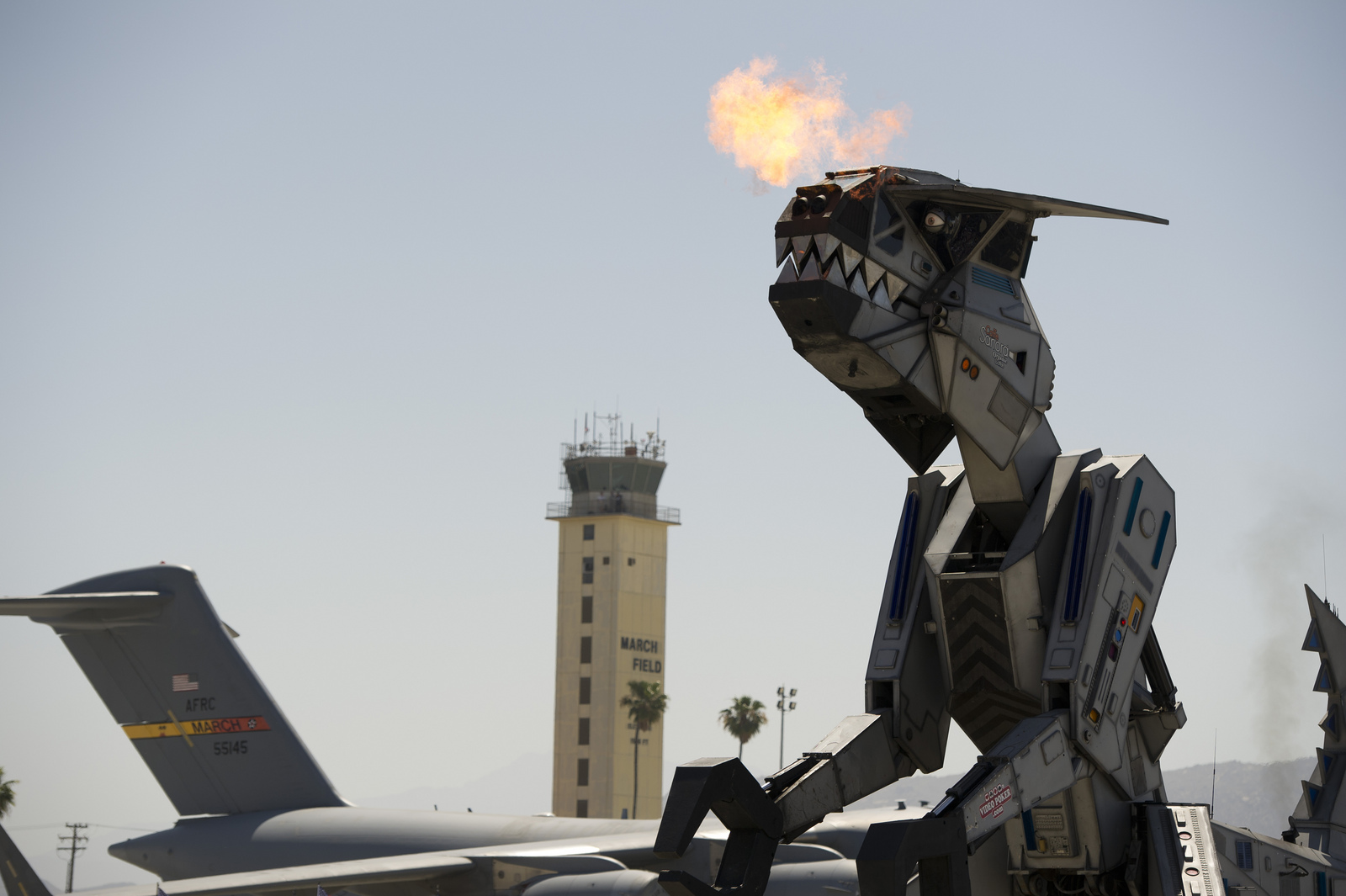 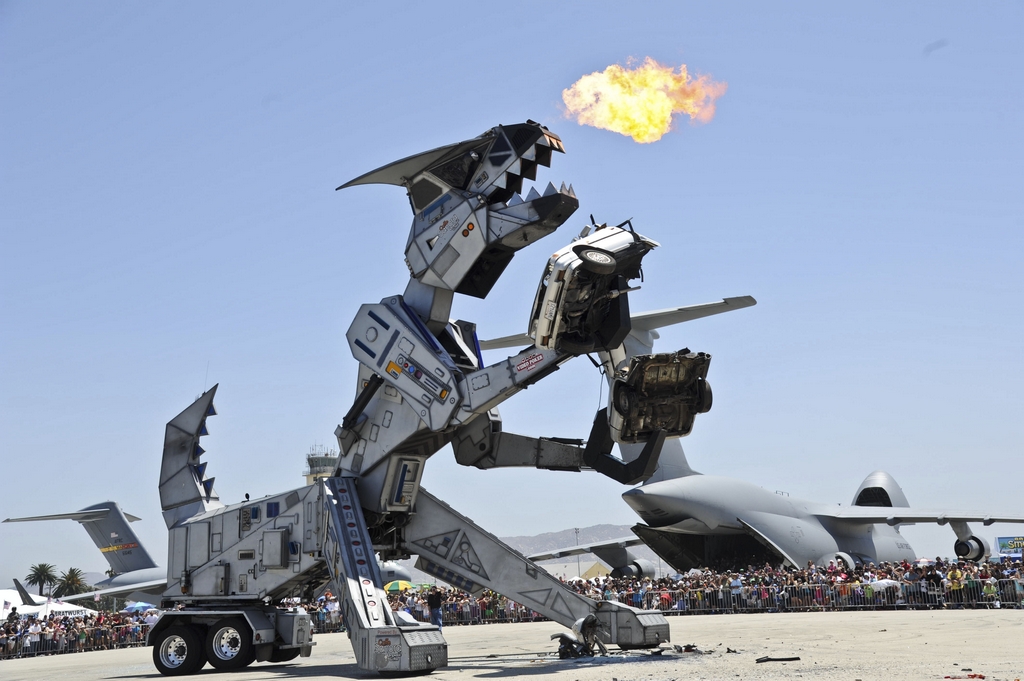 Piper 28 intercepted by F-16s in Air Force One airspace violation: a couple of lessons to be learned

The rapid launch of 17 B-52 Stratofortresses, that was the highlight of Constant Vigilance exercise held at Minot Air Force Base, North Dakota, on Jun, 11, 2012 was just the last of a series of […]