In April 2012, the tiny Camcopter S-100 became the first UAS ever to fly from an Italian ship, operating from the ITS Bersagliere frigate.

In February this year, the Italian Navy selected the S-100 as the UAS of choice for use from its fleet: it will be used for Intelligence, Surveillance and Reconnaissance (ISR) tasks from ships at sea, and to support military and civil activities such as SAR (Search And Rescue) or assistance in case of natural disasters.

Equipped with a Wescam MX-10 and a Shine Micro AIS (Automatic Identification System), the S-100 has the capability to collect time-critical data during 6-hour missions. By means of its electro-optical and infrared (EO/IR) sensors it extends the warship’s ability to see beyond the range of its own sensors and to collect and share critical information, in real-time.

In these days the Marina Militare is testing the tiny drone from the San Giusto amphibious warfare ship, to evaluate the interoperability of the Camcopter with the ship, its ability to takeoff and recover on the ship’s flight deck, its noise level, as well as other operational parameters.

The San Giusto is the first Italian Navy ship to employ the Camcopter S-100 during the week-long evaluation cruise which involves technical engineers from Schiebel, pilots from the 4° GrupElicot (Heli Group) from Maristaeli Grottaglie as well as personnel from Centro Sperimentazione Aeromarittimo (CSA – Air-Land Test Center) based at Luni. 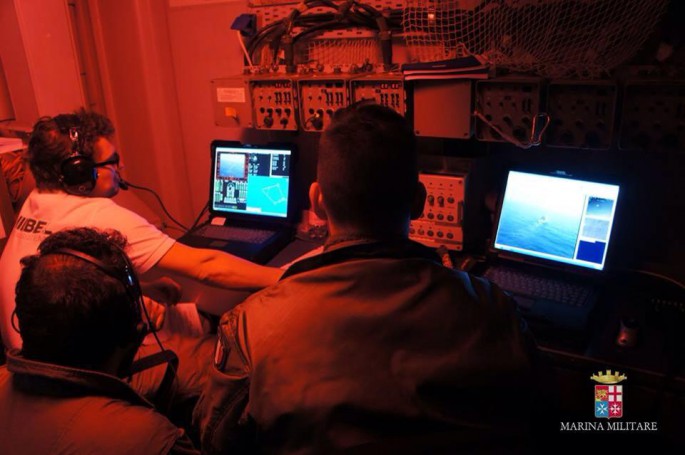 The company already secured a contract for the ASLON-45 mission of the U.S. Space Force. Aevum, a small company based in in Huntsville, Alabama, rolled out its Ravn X Autonomous Launch Vehicle from their hangar […]