The unique aircraft has recently completely a one-week deployment to Souda Bay, on the island of Crete, in the Mediterranean Sea. Using the radio callsign SAME 40, the NC-135W deployed to Souda via Bangor and RAF Mildenhall, on May 11.

It returned to RAF Mildenhall on May 16 for a night stop eventually departing on May 17 from runway 29 to return stateside.

What the aircraft did on deployment is obviously unknown. Considering the task of the plane is to flight test equipment destined to the RC-135V/W spyplanes, it was most probably carrying new payload that had to be tested against real enemy systems (possibly in Syria, but also in Egypt and Libya).

Still, it must be said that the aircraft could not be tracked using the Mode-S transponder, a sign that the aircraft either remained on the ground at Souda or did not want people to see where it operated (the latter being quite likely).

Aircraft spotters have not noticed anything special on the airframe (hence, any modification was internal).

By the way, last time an NC-135W passed through RAF Mildenhall was in October 2008. 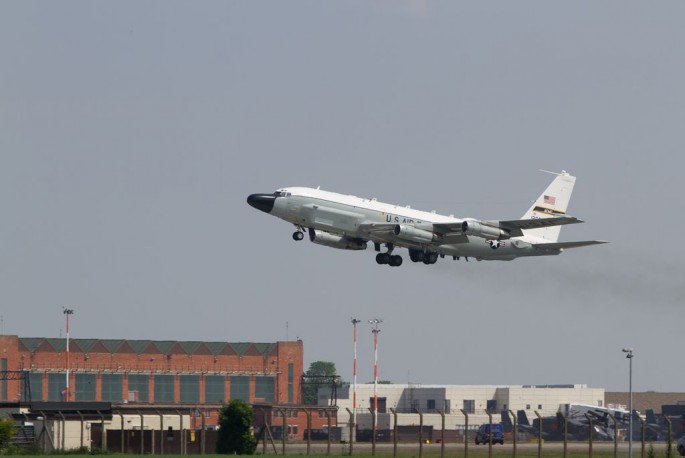 H/T to Stefano Alessi for providing background information about the plane.

Analysis: Tracking All The U.S. Intelligence Gathering Missions Over the Black Sea After The Kerch Strait Incident

The United States intensified its ISR (Intelligence Surveillance Reconnaissance) presence in the Black Sea after Kerch Strait incident. Here’s an analysis. Following the incident in the Kerch Strait near Crimea in the morning of Nov. […]