The first thing I did when Lee Armstrong told me to give a try to Planefinder‘s new search feature was to look for some E-6Bs, which are among the most interesting military planes to advertise their position on the Web using full ADS-B. They can be seen flying around the main operating base of Tinker AFB, or near the two alert bases on the West and East coasts (respectively, Travis AFB, California, and NAS Patuxent River, Maryland) under the bogus callsign “GOTO FMS”.

Since I found four of them overflying the U.S.  I ironically tweeted:

There are at least four E-6B doomsday planes over the US now. One of them on an intriguing route across Nevada (Tonopah range -> Las Vegas)

Many of my followers reacted to my tweet with questions and retweets. I explained them that the E-6B TACAMO (“TAke Charge And Move Out”) is not only used transmit instructions to the fleet ballistic missile submarines in case of nuclear war but that they are also used as back up of the four E-4Bs NAOC (National Alternate Operations Center), operating as ABNCP (Airborne Command Post) platforms.

Everybody know E-4Bs are extremely important. In the event of a war, a terrorist attack, an alien invasion and so on (hence the “doomsday plane” nickname), these aircraft are destined to keep the Secretary of Defense, the Joint Chiefs of Staff and other “decision makers” alive to direct nuclear (and conventional) forces, by receiving, verifying and relaying EAM (Emergency Action Messages).

One aircraft is usually airborne every 12 hours, with another one ready for departure with a 5-minute notice. If national command centers on the ground are attacked or unavailable, an E-4B is immediately scrambled: that’s why a “doomsday plane” was seen orbiting above Washington DC minutes after a hijacked plane had crashed into the Pentagon on 9/11.

The E-6B Mercury can do the same job. Built on the Boeing 707 airframe and using a B737 cockpit, this aircraft has a range of 5,500 miles, and accommodates 23 crew members. The U.S. Navy has a total fleet of sixteen E-6Bs. It can perform the so-called Looking Glass mission (mirroring the ground-based C3 center at Offutt AFB and relaying orders), it can talk to submarines trailing a 26,000 ft wire antenna, it can launch commands to ICBMs (InterContinental Ballistic Missiles) via Airborne Launch Control System, and can perform C3 (Command Control Communication) operations to forces operating in theatre. For this reason they are often deployed abroad: they were monitored in Iraq and have been deployed to the UK in the past.

Even if I was sure that an E-6 had taken part to the raid at Abbottabad as an ABNCP platform (to such an extent that I had put one these planes in the “crime scene” of my Operation Neptune’s Spear explained article) I had never realized that the one over UK could be linked to the Osama Bin Laden raid. Actually, I wasn’t even sure that the plane deployed to RAF Mildenhall since Apr. 28 was flying when the raid took place.

However, once again I thought that Planefinder could be of some help. Its new playback feature gives you the opportunity to monitor the traffic from Apr. 1, 2011 onwards. I gave it a try and found that “Iron 18” (registration 164409 – “GOTO FMS” on the Mode-S transponder – a VQ-3 “Ironman” airframe based on its callsign), was flying at 310 Kts, FL260 one of its 8-hour round robin missions (made of some counter-clockwise laps) over the UK around 19.0o UTC on May 1, 2011, at the same time when the Stealth Black Hawk had landed at the Bin Laden’s compound. 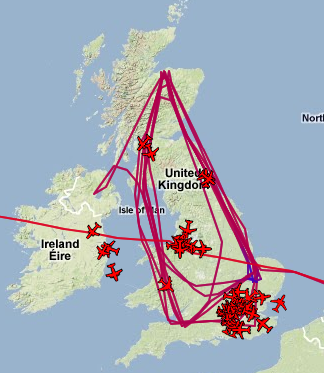 Two screenshots showing Iron 18 orbiting over the UK on May 1, 2011 (the previous days’ tracks are not purged by Planefinder’s playback feature so also the inbound track from the US is still visible)

Interestingly, the same aircraft had flown the same mission profile on the previous days, landing more or less at the same time it did on May 1 (at 20.26 UTC), as if it had performed a couple of work up sorties at the same altitutes, speeds and times.

Actually, these kind of orbits over the UK have been flown from some years and communication relay missions take place nearer to the area of operations. However, the mysterious E-6B presence in the British skies while the most important US military operation of the recent time took place can not be a coincidence. The Mercury is capable to communicate on virtually every radio frequency band, on commercial satellites and on the Internet, using also a secure VOIP system.

What if it was orbiting over the UK to exploit a particular geostationary satellite or to act as a back up ABNCP  another E-6B flying in the vicinity of Abbottabad?

There’s also another intriguing hypothesis: “Iron 18” was performing command and control relay to two stealth B-2s that were flying somewhere in the vicinity of the Pakistani airspace, ready to bomb the compound in Abbottabad if the Navy Seals raid on board the Stealth Black Hawk failed to kill or capture Osama Bin Laden. In fact, we know for sure that, in March 2011, Obama authorized the U.S. to bomb Osama bin Laden’s compound using two B-2 bombers but changed his mind when he learned the compound would be wiped out and there would be no DNA proof of his death. But we can’t rule out the possibility that an air strike with 2,000 lbs GBU-31 GPS-guided bombs would be the “Plan B” if the Navy Seals raid failed.

Indeed, that night after sunset the E-6B took off and was on orderwire WBFM and HF with the bombers for several hours as they made their way through the Med Sea… 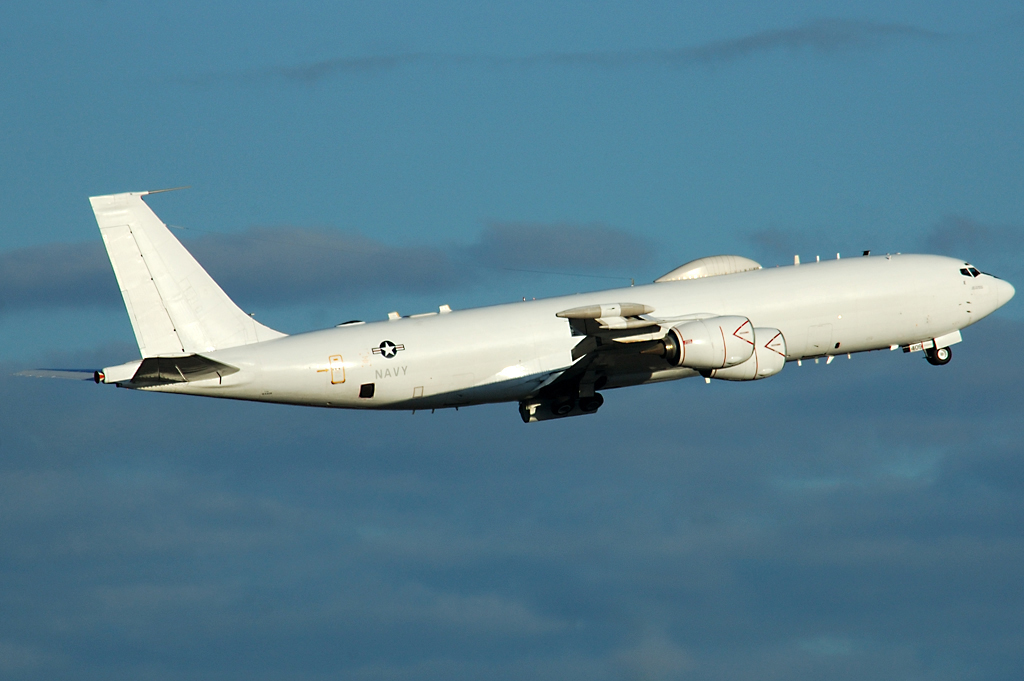 Click on the image to start animation The following animation showing the Queen’s Diamond Jubilee flypast over Buckingham palace was recorded on PlanePlotter by John Locker. In this animation we can see the C-47 Dakota […]

“Ghost Rider” and “Wise Guy”, the two only two B-52 Stratofortress bombers to be resurrected from the Arizona desert have been undergoing programmed depot maintenance, before returning to Minot Air Force Base. Only two B-52 […]

New open source tools complement ADS-B and allow you to spot military activities (including close encounters) all around the world. We have been researching ADS-B as a tool to carry out OSINT (Open Sources INTelligence) […]