Upper Atmosphere Research Satellite (UARS), a giant 12,500-pound NASA satellite decommissioned in 2005 is expected to re-enter the atmosphere at 17,000 mph with extremely little chances of striking a person. Actually, objects reenter the atmosphere on a daily basis: satellites gradually fall back due to atmospheric drag and solar radiation pressure and, according to the TIME, an intact spacecraft or launch vehicle orbital stage falls back to Earth once a week. They usually fall in the open seas.

Air traffic authorities in Italy are currently evaluating whether to free the civil and military airspaces and routes interested by the predicted space junk’s path. However, nobody seems to be evaluating the possibility of evacuating fixed “targets” like buildings, hospitals, schools, etc. Why? Are moving targets more vulnerable than fixed ones? Obviously not. Most probably, the reason is that moving targets can be re-routed to nullify any risk of a hit, while fixed targets can’t be moved, and residual risk must be accepted.

I don’t know if there’s a specific analysis about the risk of airliners being hit by orbital junk. An interesting study by William A. Cassidy, of the Dept. of Geology and Planetary Science, on the University of Pittsburgh in 1997 who was asked to study the probability that a meteorite could have brought down TWA flight 800 estimated the expected frequency of hull-penetrating strikes to an aircraft over the U.S. in once in 59,000 – 77,000 years. 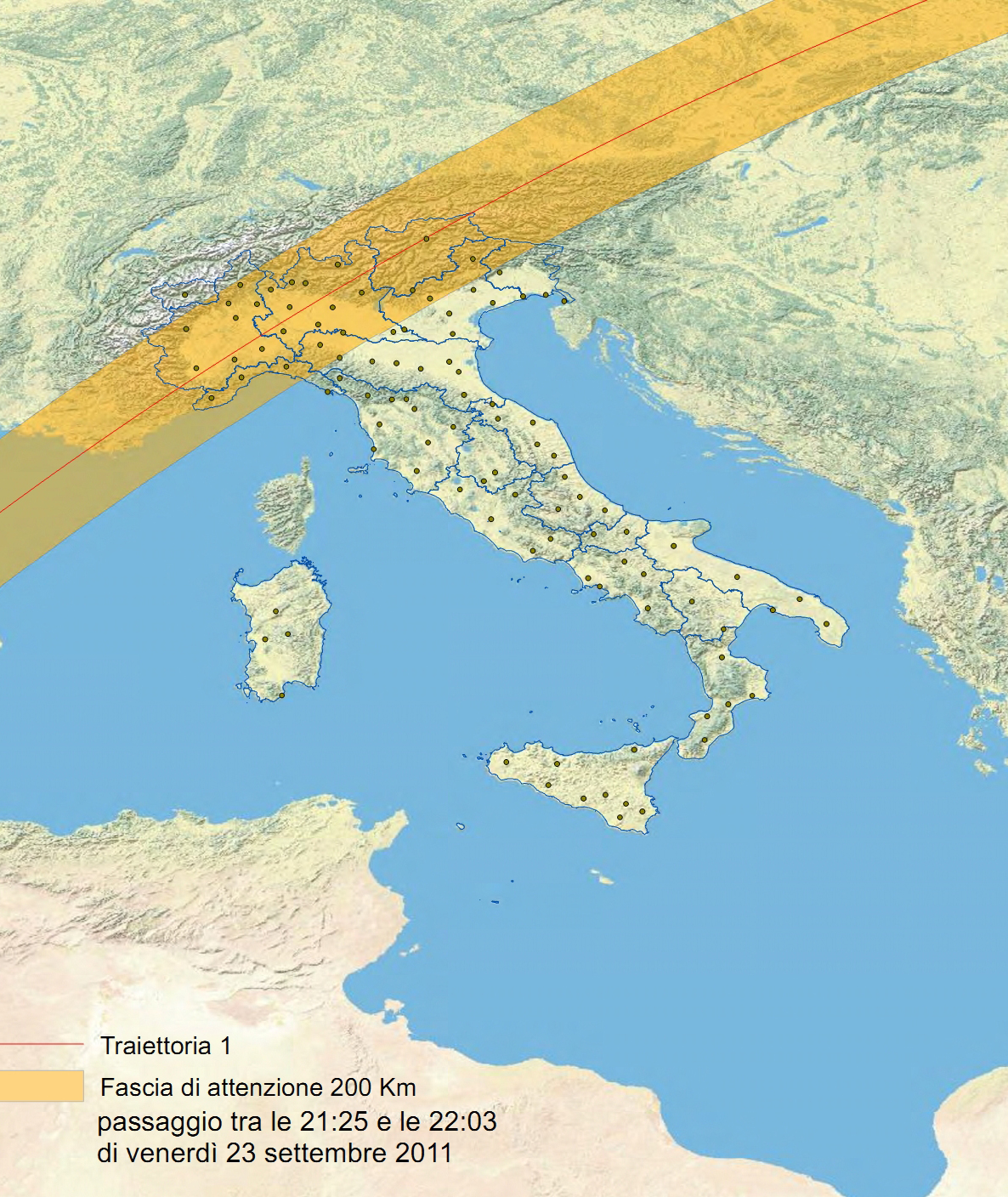 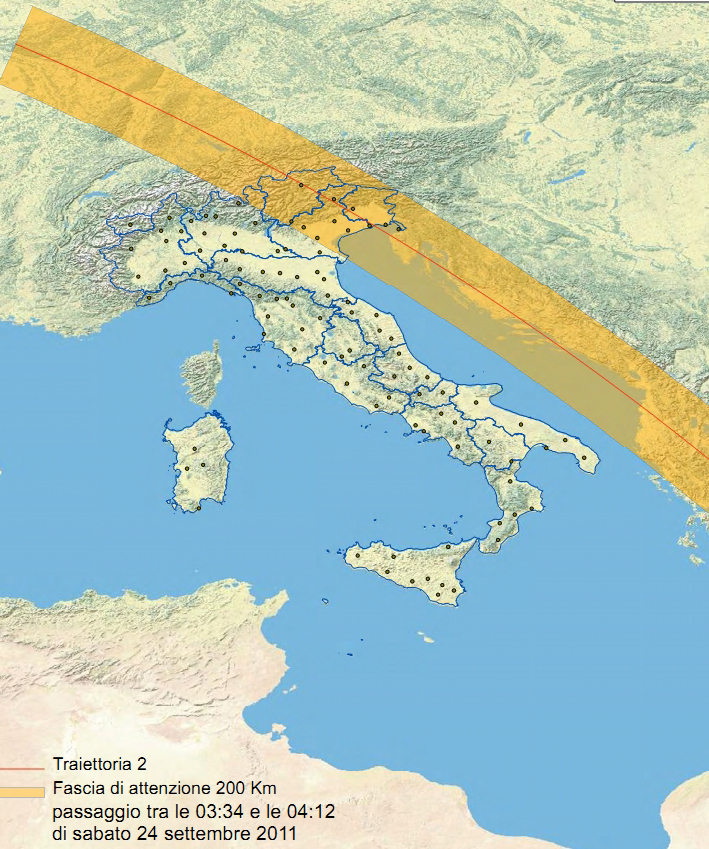