U.S. has not signed the Convention on Cluster Munitions hence B-52 Stratofortress bombers have to train with this kind of weapons.

After spending some weeks training with (simulated) nuclear weapons, on Feb. 11, two B-52s from the 23rd Bomb Squadron, Minot Air Force Base, successfully dropped conventional cluster bombs during a night training mission over the Nevada Test and Training Range.

The two Stratofortress bombers used their payload made of a Cluster Bomb Unit-103 and two CBU-87B munitions; a “unique opportunity” since the Squadron only gets to drop these munitions no more than twice each year.

Furthermore these were live weapons, while aircrews usually practice with simulated munitions.

The CBU-87B is an all-purpose, air-delivered cluster weapon system; when used in conjunction with the Wind Corrected Munitions Dispenser (WCMD) guidance tail kit, which includes a GPS (Global Positioning System) it becomes is designated CBU-103.

According to the aircrews who employed the cluster bombs on the Nevada range, the CBU-103 “was a direct hit that would have destroyed its intended target.”

CBU-87s have replaced previous Cluster Bombs Units used during the Vietnam War in 1986. As already mentioned, U.S. is not among the major powers that have signed the 2010’s Convention on Cluster Munitons to ban use and stockpiling of cluster weapons. 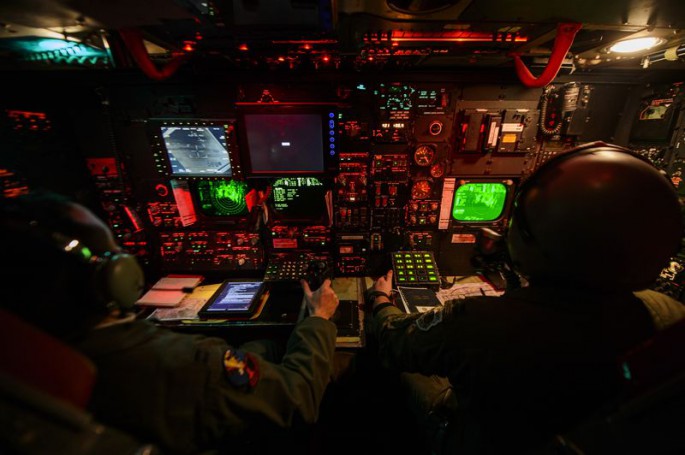 Take a look at these jaw-dropping photos of a U.S. B-52, F-22s and French jets over Paris western suburbs

The 100th anniversary of the Lafayette Escadrille flyover from a different point of view. As already explained, on Apr. 20, one B-52, four F-22 Raptor fighters (from their deployment base at RAF Lakenheath), three FAF […]

“Enhancing regional security”. Astral Knight 2020 is a multinational exercise focused on air defense capabilities. Between Sep. 17 and 25, 2020, it is going to involve relevant air assets in Poland (airbases and aircraft), Latvia, […]