Back in 1955, when it entered the operational service  with the U.S. Air Force Strategic Air Command (SAC), the Boeing B-52 Stratofortress had the nuclear strike against the Soviet forces as its main mission.

During the Cold War, in particular between the end of the 1950s and the beginning of the 1960s the United States and the Soviet Union nuclear arsenals grew up so much that the Doomsday Scenario appeared to be quite close so as the consequent danger of the worst case scenario: the MAD (Mutual Assured Destruction).

The MAD soon became also a principle which stated that a nuclear power would not try the destruction of another one due to the fear that it would be destroyed itself.

To ensure the application of the MAD principle both super powers created their own nuclear deterrent.  U.S. one was made by submarine-based missile force and by land-based missile force integrated by the manned bombers of those the mighty BUFF (Big Ugly Fat Fellow – B-52 nickname) was the best expression. 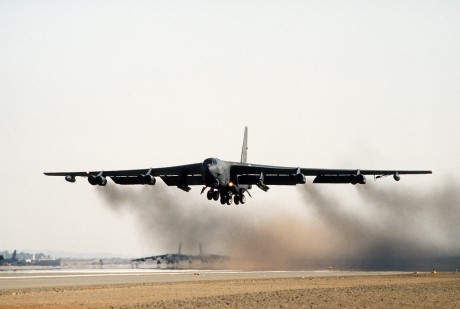 During the “MAD age” there were several B-52 crashes that involved not only the airframes alone, but also the nuclear weapons aboard the aircraft: these were code named “Broken Arrow” incidents.

The two most famous of the Stratofortress Broken Arrow incidents happened in Spain and Greenland.

The first happened on Jan. 17, 1966, when a B-52G collided with a KC-135 Stratotanker during aerial refueling above the Mediterranean Sea, near the coast of Spain. Both aircraft exploded in mid air killing seven aircrew members. 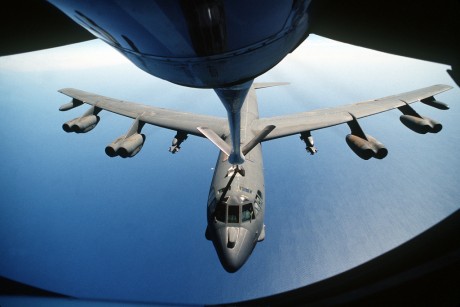 The Stratofortress carried four B28 thermonuclear weapons, three of those hit the land near Palomares: two of them caused a non nuclear TNT explosion, but in their impact with the land they released some radioactive plutonium.

The fourth bomb was lost into the Mediterranean and it was found unexploded at a depth of 2,550 feet on Mar. 17;  it was recovered only on Apr. 7 by some U.S. Navy ships.

The second incident involved another B-52G and it occurred on Jan. 21, 1968 when a Stratofortress crashed in Greenland.

The bomber failed to make an emergency landing at Thule AB (Air Base) in Greenland after having experienced a cockpit fire and it crashed on sea ice in North Star Bay.

Even if six men of the seven crew members were able to eject safely, the four B28s aboard scattered and some radioactive material was released. An attempt to restrict the radiation leaks immediately started, but it turned out to be a really though operation, due to the high winds, the cold temperatures and the fire that not only burned the B-52 but also caused the dispersion of some other radioactive material into the sea. 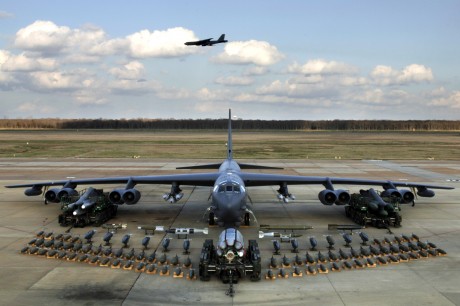 At the end, most, but not all, of the bomb parts were recovered and this incident produced some concern to the Danish government, since Greenland is an autonomous country within the Kingdom of Denmark and because Denmark had stated that its lands were nuclear-free zones.

These two very well known BUFF Broken Arrow incidents along with the embarrassment they caused brought this kind of missions, carried out with nuclear weapons aboard, close to the shores of other countries, to an end.

SABER technology is part of a critical upgrade of the Compass Call system that will be rehosted on the EC-37B. BAE Systems successfully flight tested its Small Adaptive Bank of Electronic Resources (SABER) technology for […]

Nothing to be worried about, just an opportunity to take some nice photographs. On May 20, 2019, two pairs of F-22s and an E-3 Airborne Early Warning and Control System were scrambled from North American […]

We Watched (What We Think Was) a Joint Forcible Entry Last Night Over Georgia.