Take a seat and watch the following interesting video.

At the 03:10 mark, note the pilot shaking his head after the vertical landing: a gesture suggesting he might be unsatisfied about the way he got on the ship (rough, short, unbalanced). 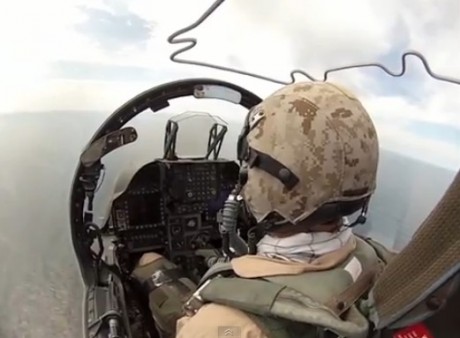 The 26th MEU is deployed to the 6th Fleet’s area of operations (AOR) where it operates as a  forward-deployed, sea-based quick reaction force.

The 22nd Marine Expeditionary Unit (MEU) Aviation Combat Element (ACE) VMM-264 (Reinforced) takes us on board the USS Kearsarge (LHD-3) during deployment work-ups. Authoritative voices bark from the loudspeakers on the deck of the U.S.S. […]