The end of an era as the 188th FW flew last night mission with the “Hog”.

On Dec. 30, 2013, Arkansas Air National Guard’s 188th Fighter Wing at Ebbing Air National Guard Base, Fort Smith, Ark. flew one of its last four-ship training missions with the A-10C Thunderbolt (“Warthog”) before transitioning to an Intelligence, Surveillance and Reconnaissance task with the Reaper drone.

Even if the unit is planned to complete its 60-year history with military aircraft at Ebbing ANGB in June 2014, on Jan. 29, the 188th FW has already logged its final night training mission with the Air Force A-10C Thunderbolt II aircraft. 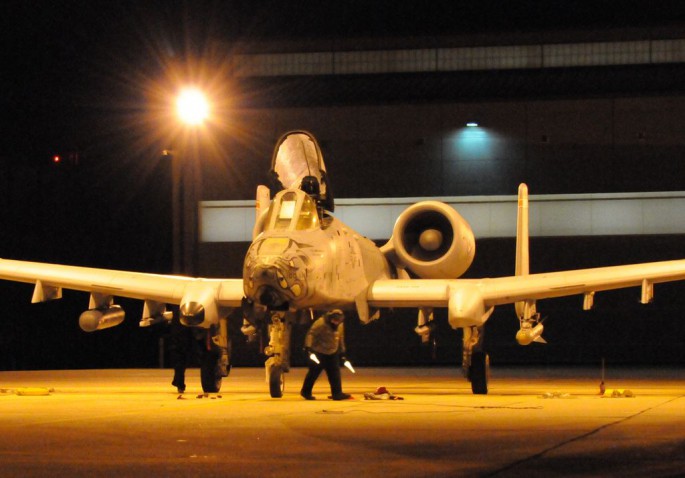 The flight, which marked the last manned night-flying mission in the 188th FW history, was just the last one in a series of historical events at the wing since it began a mission conversion last year.

The sortie will be the last manned night-flying mission in 188th FW history. The wing is transitioning from an attack platform for CAS missions to an unmanned aerial system, the MQ-9 Reaper, for strike, coordination, and reconnaissance tasks.

Take a look at these interesting images of B-52 Stratofortress bombers, “Wise Guy” and “Ghost Rider,” undergoing PDM at Tinker Air Force Base Oklahoma. As reported in detail in the last few months, only two […]