Between Oct. 5 and 7, 12 A-10C Warthogs landed at Lajes Field in the Azores, on their way back to the U.S. after a tour of duty of six months in Afghanistan in support of Operation Enduring Freedom at Bagram Airfield.

Even if the aircraft were assinged to the 74th Expeditionary Fighter Squadron “Flying Tigers”, 23rd Fighter Group, 23rd Wing, Moody Air Force Base, Georgia, some of them still wore the markings of the 81st Fighter Squadron “Panthers”, a recently inactivated unit formerly assigned to the 52nd Fighter Wing from Spangdahlem airbase, Germany.

The 12 Boars were replaced by 12 A-10Cs that made a stopover at Lajes Field on their way to Bagram airfield at the end of September. 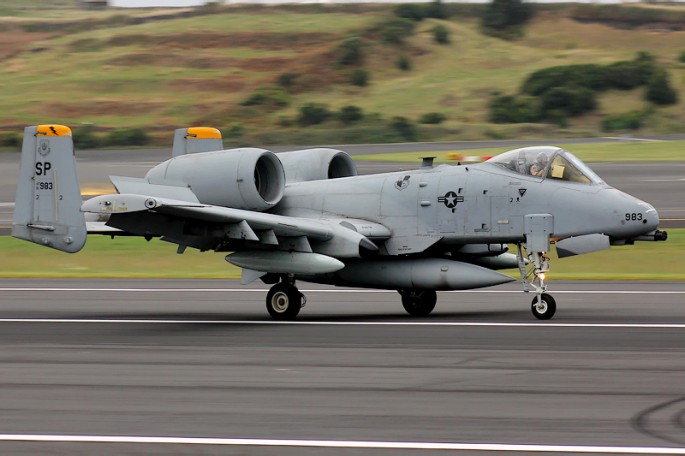 July 27, 1972 marked the beginning of a new era in air superiority, with the first flight of the fighter jet that would rack up 104 aerial victories without ever being shot down by an […]

Check out these nice photos of U.S. F-15s during their flypast for the 75th anniversary of D-Day

The Strike Eagles of the 48th Fighter Wing were painted in Heritage liveries with D-Day Invasion stripes. On June 9, 2019 the world commemorated the 75th anniversary of the D-Day landings in Normandy. Starting from […]

A mix of Raptors and Eagles can be pretty deadly, even if outnumbered by enemy fighters. More than 250 airmen and 9 F-15 Eagle jets from the 104th Fighter Wing, Massachusetts Air National Guard, deployed […]