Shot by aircrews of the VAQ-132 Scorpions of the U.S. Navy between 2011 and 2012, the following awesome video brings you along the Military Training Routes in Washington State, where EA-18G Growlers train for terrain masking.

Flying at 420 and 540 knots and at 500 feet, pilots train low altitude ingress and egress to a target defended by enemy radars and surface to air missile batteries.

H/T to Bill Garcia for the heads-up 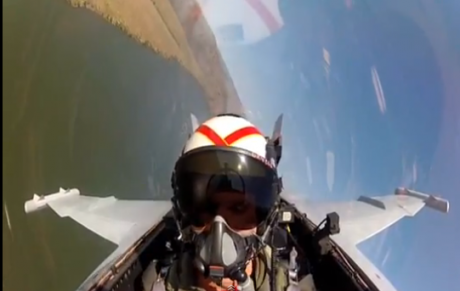 Stunning video will bring you aboard a NASWI MH-60S during sea, land and mountain SAR missions

Naval Air Station Whidbey Island (NASWI) Search and Rescue (SAR) as you have never seen it before. Tasked to be the first responder for the aircraft and personnel stationed at NAS Whidbey Island, Washington, and […]