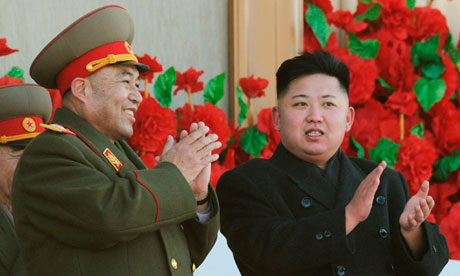 As pointed out by an interesting article published on Popular Mechanics website tunnels and command centres located underground, similarily to Afghan Tora-Bora, could make hitting key fortified and hidden targets a bit difficult. 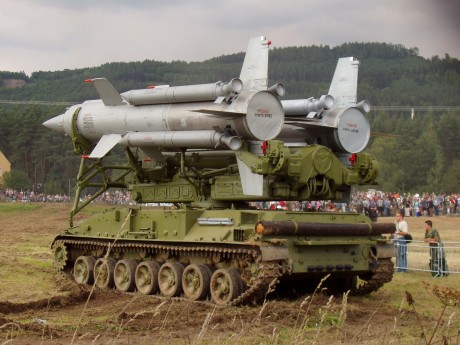 The general picture of the U.S. forces location in case of war in the peninsula sees B-2s flying from Missouri and F-22s stationed in South Korea: however, this is a plan based only on the recent involvement of these aircraft in the region.

Even if the batwing bomber could operate from their homebases in Continental U.S., as done in Serbia and Libya, there’s a chance they could be stationed at Guam in the Pacific in a second stage of the air campaign.

Guam as well as other bases in the region will be probably used to host other bombers (B-52s, B-1s) as well as the numerous tankers needed to support the air war.

Then, the first waves of air strikes will be conducted by stealth bombers escorted by stealth fighters, with Electronic Warfare planes (in the form of Growlers or Prowlers) providing the required electronic cover.

As already explained, F-22s would predominantely be tasked with high-value escort and air-to-surface missions.

When it comes to neutralizing the underground structures, the U.S. experience dates back to the first Iraqi war, when they were to destroy Saddam Hussein’s bunkers. Then, USAF used GBU-28 bombs, which were 2,500 kg steride-fed PaveWays. The mass of the unit was to penetrate the thick concrete roof of a bunker and explode inside.

The GBU-28 was a mother for Massive Ordnance Penetrator. Developed in order to be used against the Afghan fortified mountains the monster MOP bomb can only be carried by the B-2: each stealth bomber can carry two such weapons.

Nevertheless it is said that Pentagon has developed a new penetration munition which began testing at the beginning of this year. We might see its first use in the Korean air campaign.

For sure, what will happen after the initial stages, it’s quite difficult to predict (the unbalance of power does not imply it would be a quick campaign…) and this is one of the reasons that make the military option unlikely at the moment. 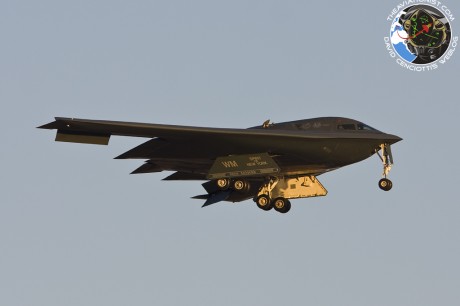 Moreover, the political situation though does not let us predict that the war will start soon.

When it comes to the political-outline of the crisis it bears a great resemblance to the Cold War between U.S. and USSR. It is also the reason why the War is unlikely to be started by Kim Jong Un.

The situation is quite similar to the Cold War MAD doctrine (Mutualy Assured Destruction). During the Cold War this doctrine resulted in Nash equilibrium. In other words, that meant that if any of the sides decided to attack the other, it would be destroyed. This stemmed from the extensive proliferation of the nuclear weapons.

The Nash equilibrium does not really exist in case of NK but, on the other hand, once it starts any action against the South, it is quite certain that the US intervention would have catastrophic results.

Hence, the whole crisis is rather a demonstration of ideologies, pretty much similar to the Cold War political setting, than the real conflict.

This New York Times article says that the White House officials do not consider the North Korea to be a serious threat.

According to NYT, the White House’s press secretary, Jay Carney said: “We are not seeing changes to the North Korean military posture such as large-scale mobilizations or positioning of forces, what that disconnect between rhetoric and action means, I’ll leave to the analysts to judge.”

The U.S. Air Force as you know it no longer exists: beginning today, 17 combat units grounded

According to internal documents obtained by Air Force Times, beginning on Apr. 9, 2013, the U.S. Air Force will begin grounding front line combat units as a consequence of sequestration and the need to deal […]

Last year we found rare footage of a Spirit stealth bomber dropping a GBU-57 Massive Ordnance Penetrator. Here’s a clip showing a B-2 dropping two such bombs. As explained in an article we published last […]

Quite surprisingly, Russia sent two of its Su-57 stealth jets to Syria. So, once again, Moscow will use the Syrian Air War as a test bed for its most advanced “hardware”. But the deployment is […]