The following video is part of a series filmed from the backseat of an F-15D with 44th Fighter Squadron from Kadena airbase, Japan.

The footage was shot during Ex. Cope Tiger 13, the annual multilateral aerial exercise designed to improve readiness and cooperation between U.S., Thai and Singaporean forces, held in Thailand.

One detail worth a mention is the variable-geometry air intakes moving according to the aircraft speed and enging throttle settings to dump excess air and prevent engine surge. 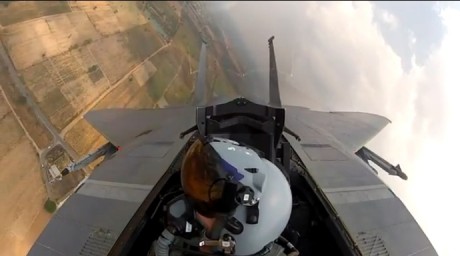 By the way, it looks like Kadena aircrews are particularly good with their cameras.