Princess Juliana Airport in St. Maarten, the Caribbean island, is one of the world’s most famous airports: essentially, planes on short final for landing pass on top of beach goers on Maho Beach, that is always floodeed with tourists and photographers.

Now, look at the following images. They’ll remind you the typical close-up pictures taken from the Caribbean beach with a main difference: the aircraft is not a civil liner but the U.S. most famous stealth bomber, the B-2 Spirit. 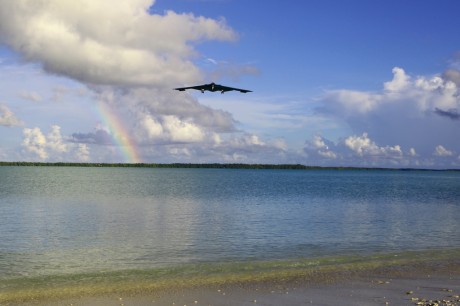 They show a B-2 Spirit bomber from the 509th Bomb Wing at Whiteman Air Force Base, Missouri, about to land at Diego Garcia, in the Indian Ocean Feb. 11, 2013. 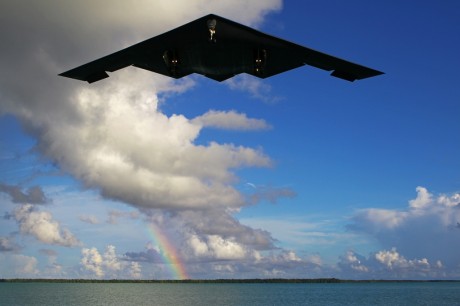 Two such radar evading planes are temporarily based at Guam to strengthen the U.S. presence in the Pacific region. But, although the caption of the Air Force photo says the aircraft was flying near Andersen, the image depicts a stealthy bomber landing at Diego Garcia, several thousand miles to the east of Guam.

Indeed, if you check the position of Andersen AFB and Diego Garcia on Google Earth, you’ll notice that only the one in the Indian Ocean has a strip of land visible from the runway threshold. 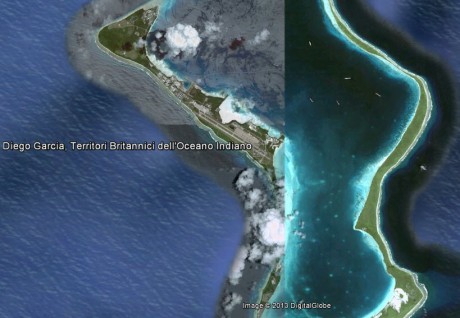 “Soesterberg we have a problem”: the story of a pilotless Soviet MiG-23 over Belgium

That time a Soviet MiG-23 crossed Europe before crashing in Belgium. Jul. 4 1989 was a hell of an Independence Day for the 32nd TFS (Tactical Fighter Squadron) “Wolfhounds”, a unit of the USAFE (United […]

The U.S. Air Force F-4 Phantom II took its final flight, after more than 50 years of service, at Holloman Air Force Base on Dec. 21. And here’s the best 4K video of the Phantom […]