At the end of last year, we reported about the return of a NASA WB-57 Canberra from operations in Afghanistan, where the civil-registered plane act as Battlefield Airborne Communications Node (BACN).

BACN is technological “gateway” system that, acting as a sort-of middleware, interconnects different radio systems and datalinks and makes them able to transfer information and communicate.

The WB-57 bridges the gap between different kinetic platforms, such as U.S. Navy F/A-18s and USAF B-52 or B-1 bombers that are equipped with incompatible systems. Needless to say, its capability to link ground patrols, Forward Air Controllers (FACs)/Joint Terminal Attack Controllers and planes providing Close Air Support, is particularly important in Afghanistan, a theater where Line Of Sight communication can not always be established among the interested parties. 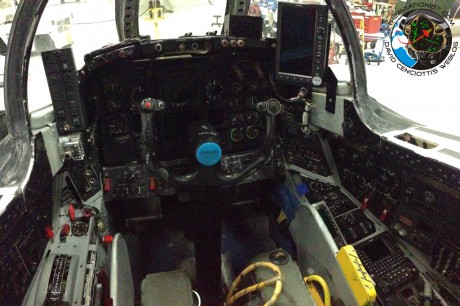 One of them, NASA 928, flew there via Bermuda, Lajes and RAF Mildenhall last week. Its ferry flight could be easily tracked on Flight Aware, as the following screenshot shows.

The following picture show the WB-57 conducting final preps prior to the Afghan deployment. The ball turret system mounted on the nose houses houses an optical bench, providing installation of both HDTV and infrared cameras. According to the NASA website, optics consist of an 11-inch-diameter, 4.2 meter fixed-focal-length lens. The system can be operated in both auto track and manual modes.

A 32-inch-ball turret system was part of the WB-57 Ascent Video Experiment (WAVE) that enabled better observation of the Space Shuttle on days of heavier cloud cover.

The Painful Story of the Mahmand Valley Ranger Raid: How Two Rangers Died, and Two F-16 Pilots Saved the Rest.

Tragedy, Valor and Heroism. “The first casualty of war is innocence. I assure you, war is ugly.” –Paraphrased from Legacy by SL Buckley. “…the righteous are bold as a lion” Proverbs 28: 1-28. Fifty Army […]

NASA displayed an impressive array of hi-tech aircraft used in its Alternative Fuel Effects on Contrails and Cruise Emissions (ACCESS II) flight experiment during a media day for reporters from around the world. On May […]