Filmed by cameras installed in the cockpit of Su-27SM3, Su-25SM and MiG-29 SMT this interesting video will let you join one of the mass flybys, with which the Russian Air Force celebrated its 100th anniversary at Zhukovsky, Moscow, on Aug. 11 and 12. 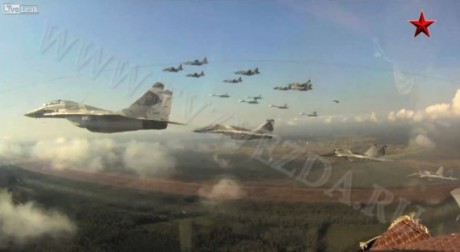 Russian Gen. 4++ fighter jet has joined the air war over Syria. Yet another Russian modern weapon system has joined the Syrian Air War. Previously exposed by images appeared on some Russian aerospace forums (that […]