The small East African nation of Eritrea is hosting two middle Eastern rivals in the form of Iran and Israel.

Iran is wanting to expand its influence in the Red Sea area and has expanded its presence in the country.

2008 saw Iran and Eritrea strike a deal to maintain a military presence in Assab which was officially to protect the Iranian state owned oil refinery near the town. In return Iran supplied Eritrea with cash and military support in an attempt to support the countries fragile economy.

Thanks to its presence, Iran is able to gather intelligence on western naval forces operating anti-piracy missions in the Indian Ocean as well as U.S. and French forces operating just a few miles away in Djibouti. The Iranian military presence in Eritrea is more of an intelligence gathering operation than anything else.

Isreal also has small naval teams inside Eritrea and according to an article on the Stratfor website (link provided but subscription needed), they have teams the Dahlak archipelago and Massawa and a listening post in Amba Soira. Stratfor describes Israel’s presence in Eritrea as “very focused and precise, involving intelligence gathering in the Red Sea and monitoring Iran’s activities” and sums up as Israel’s presence as “small but significant”.

Eritrea sits on the strategically important Bab el-Mandab Strait which leads from the Gulf of Aden into the Red Sea and onto the Suez Canal therefore it is easy to watch naval comings and goings from this rather important place. 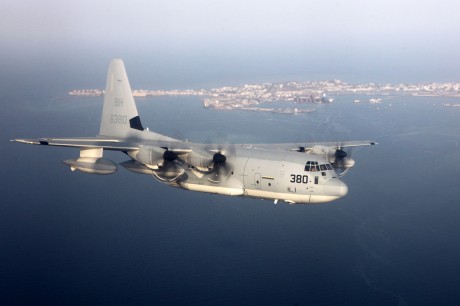 On Sunday Sept. 22, 2013, during the annual military parade in Tehran that marks the anniversary of the outbreak of the 1980-88 Iran-Iraq war, Iran displayed a new indigenous passive phased array radar system for […]