On Dec. 10, 2012, the ADAM prototype successfully destroyed a rocket target flying on a wire at a range of 1.6 kilometers. Quite surprisingly, acquisition, tracking and destruction of the target took only about three seconds.

ADAM system is designed to defend high-value areas by means of a 10-kilowatt fibre laser which has an effective range of 1.2 miles (2 kilometres).

Recent tests have proved ADAM is capable to destroy unmanned aerial targets at around 0.9 miles and small-caliber rockets at a range of 2 kilometers (1.2 miles): in other words, it’s the future in anti-aircraft and anti-missile defense tech. 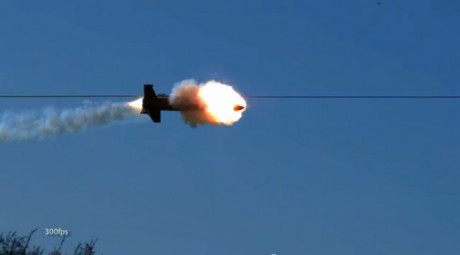 The first F-35A for the Royal Danish Air Force has been given its paint scheme and markings, including the Dannebrog flag. Unlike most other nations, the Danish F-35 feature a toned down version of the […]