Rafael’s Iron Dome has become famous all around the world after being extensively used to face Hamas rockets during the 8-day military operation in the Gaza Strip known as Pillars of Defense.

More recently, its successor, known as David’s Sling has been test fired.

On Nov. 27, Lockheed Martin has announced that it has successfully demonstrated a portable, ground based military laser system against several airborne targets. Known as Area Defence Anti-Munitions (ADAM) system, the new system aims to provide a defense against short-range threats, such as rockets and unmanned aerial systems.

Doug Graham, Lockheed Martin’s Vice President of advanced programs for Strategic and Missile Defence systems said: “Lockheed Martin has invested in the development of the ADAM system because of the enormous potential effectiveness of high energy lasers”. He went on to add “We are committed to supporting the transition of directed energy’s revolutionary capability to the war fighter.”

ADAM system is designed to defend high-value areas. It has a 10-kilowatt fibre laser which has an effective range of 1.2 miles (2 kilometres): since August the system has destroyed unmanned aerial targets at around 0.9 miles and small-caliber rockets at a range of 2 kilometers (1.2 miles). 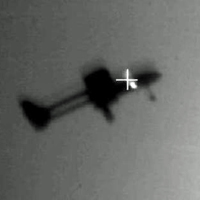 According to the company’s press release, Lockheed Martin’s Paul Shattuck, director of directed energy systems for Strategic and Missile defence Systems also said: “Lockheed Martin has applied its expertise as a laser weapon system integrator to provide a practical and affordable defence against serious threats to military forces and installations. In developing the ADAM system, we combined our proven laser beam control architecture with commercial hardware to create a capable, integrated laser weapon system.”

It’s Official Now: Switzerland Has Chosen The F-35 As The Next Swiss Air Force Fighter

The Swiss Federal Council announced Lockheed Martin’s F-35 Lightning II is the aircraft selected from its New Fighter Aircraft competition. It won against the Dassault Rafale, Eurofighter Typhoon and the Boeing Super Hornet. As some […]