Although there are plenty video available on Youtube (and elsewhere) showing Iron Dome batteries at work, the following one, brought to my attention by Chris Asp is one of the most interesting.

It shows inbound Hamas rockets outside of Beersheva intercepted by the Israeli rocket defense system on Nov. 14. 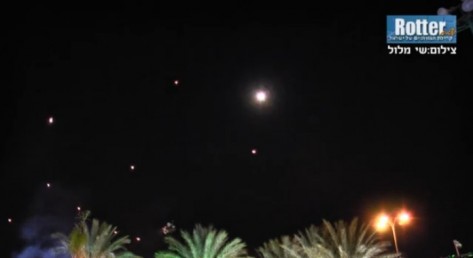 Although it’s amateur footage, it gives an idea of the amount of missiles fired towards the incoming rain of rockets.

According to the information released by the Israeli Defense Forces, more than 130 rockets had be intercepted during the opening stages of Pillars of Defense.

Hezbollah behind mysterious spy drone over Israel. The first one the IAF missed to hit (at the first attempt).

Sheikh Hassan Nasrallah, the leader of Hezbollah told the militant movement’s al-Manar television network that his group was behind the launch of a mysterious UAV (unmanned aerial vehicle) shot down over Israel last week.Israeli Air […]