The following photograph was taken by Roberto Zanda last week.

It shows the M-346 currently involved in a testing campaign at Decimomannu airbase with a strange device installed on the right hand side.

Most probably it is something like a camera used to film the weapon delivery tests or a large mirror that gives the pilot the possibility to observe the drop (even if it seems to me a bit unlikely). 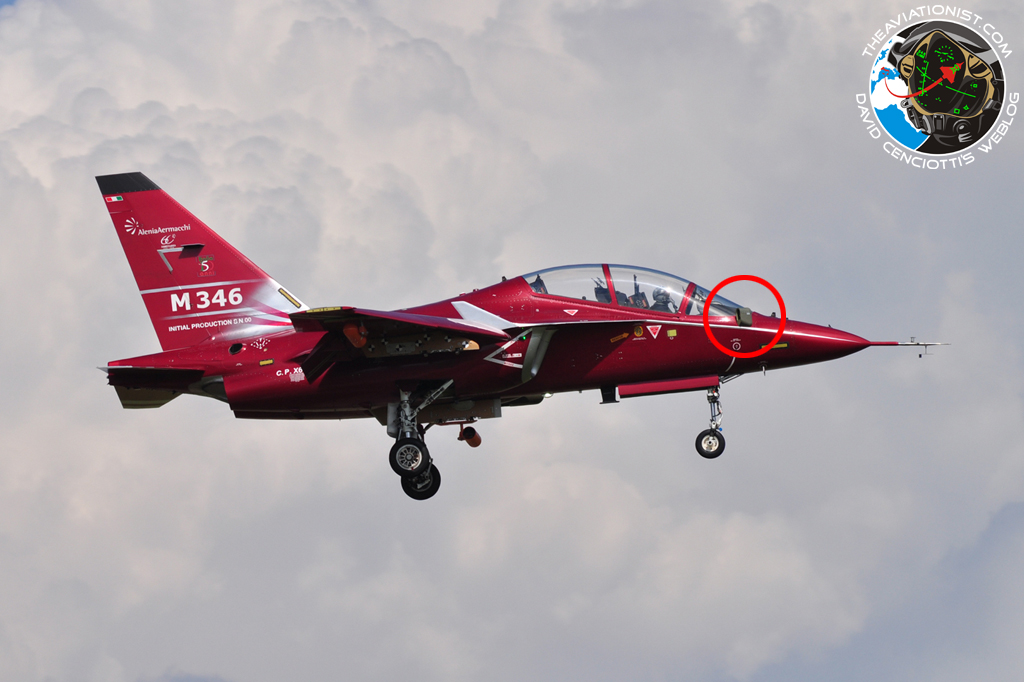 The M-346 “Master” was selected as advanced combat trainer by the Italian Air Force, Israeli Air Force and Republic of Singapore Air Force.

Farnborough 2012: A flight with the Alenia Aermacchi M-346 simulator. Including a taste of the Master’s Helmet Mounted Display

Among the most interesting things you might happen to do at Farnborough International Airshow, there’s a ride in a combat plane simulator. During the Day 2 of FIA12 (#FIA12 or #FARN12 for the Tweeps), I […]