Although the Republic of Singapore Air Force (RSAF) stand at the recent Singapore Air Show showcased a scale model of the Alenia Aermacchi M-346 Master in an two-tone grey color scheme, the are rumors that the actual livery of the first M-346A could be similar to the orange and white one of the old Siai S211s. 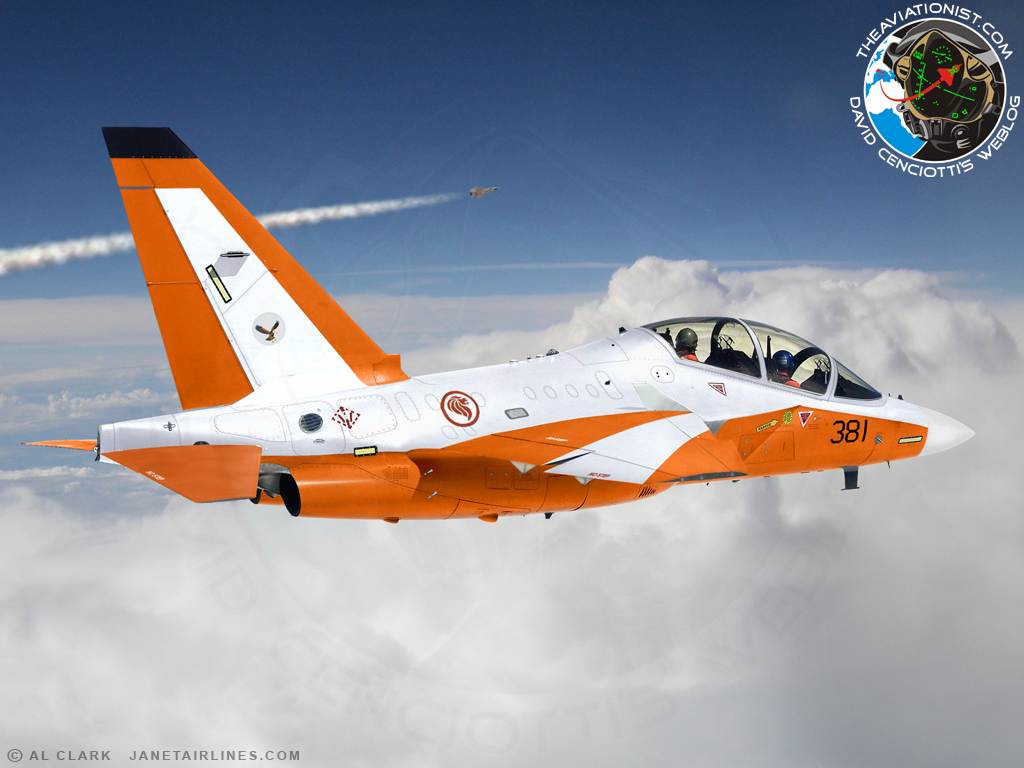 Beginning this year, the first of Singapore’s 12 M-346s will be delivered to the 150 Sqn at Cazaux, in France, where the RSAF’s Advanced Jet Training detachment is currently flying the A/TA-4SU Super Skyhawk.

Last month we published a stunning image showing a Hellenic Air Force C-130 flying with another plane of the same type, wearing the typical camouflaged color scheme still used by many Greek planes. Even if […]

The Italian Air Force has unveiled a new indigenous trainer: the T-344 V.E.S.P.A.

The Alenia Aermacchi M-346 advanced combat trainer will be capable to fire Brimstone anti-armour missiles: among the weapons surrounding the plane on static display in the Finmeccanica park at Farnborough Air Show 2012, there are […]