The aircraft, along with the typical Soviet cross, sports a cool tiger rudder.

Noteworthy, along with the new Air Force’s aggressors paint jobs even the Snipers’ one was first reported in Fall 2011.

The Franken-Tiger is a hybrid plane, made with the cockpit of an F-5F and the rest of the airframe coming from a former Swiss Air Force F-5E. It is used by the U.S. Navy aggressor’s squadron to provide “adversary services” during Weapons and Tactics Instructor (WTI) courses. 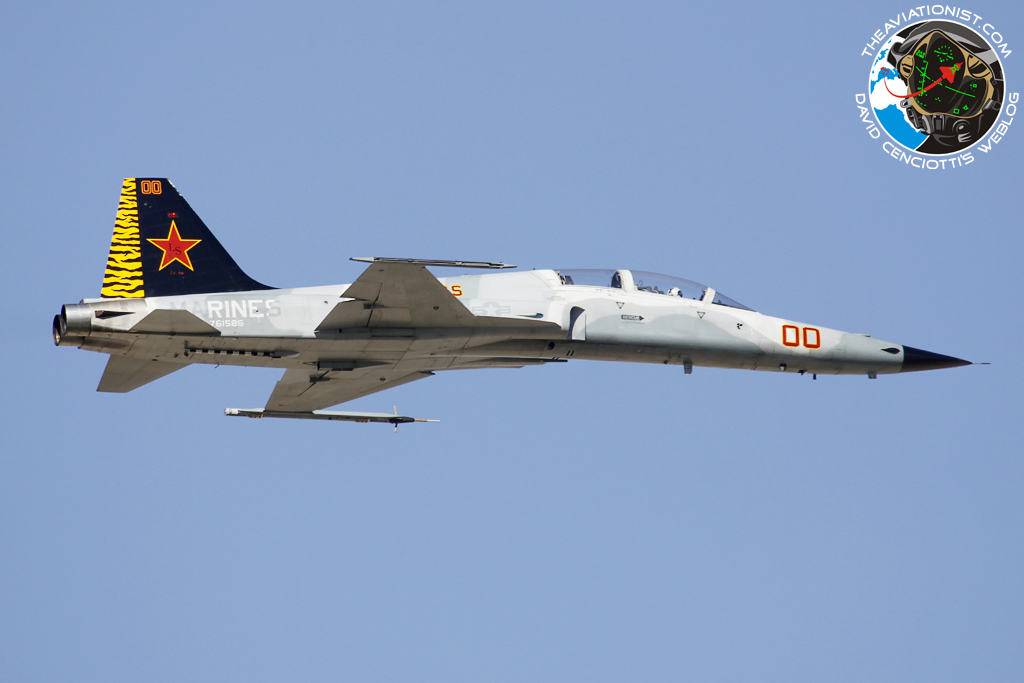 All images by Tony Lovelock

The F-35B was damaged by the explosion of the ammunition round leaving the aircraft’s GAU-22 gun pod during a nighttime mission out of Marine Corps Air Station Yuma, Arizona. An F-35B with VMX-1, the U.S. […]