One of the last Italian tactical aircraft to wear a “camo” scheme is this Tornado ECR used by Leonardo for testing activities.

Taken by our contributor Alessandro Caglieri at Decimomannu airbase recently, the photo in this post shows a really rare aircraft: most probably (as there is someone who believes there might be another one, an IDS, not in airworthy conditions though) the only Italian Tornado still wearing a camouflage livery.

The aircraft, an ECR with serial MM7079, operated by Leonardo company, has deployed to “Deci”, where the Italian aerospace industry maintains a permanent detachment, to undertake some unknown tests on Mar. 15, 2017.

As almost all the NATO combat planes (special colors aside) have turned to overall grey low visibility color schemes, the cool, flamboyant and old fashioned camouflaged liveries have become a rarity… 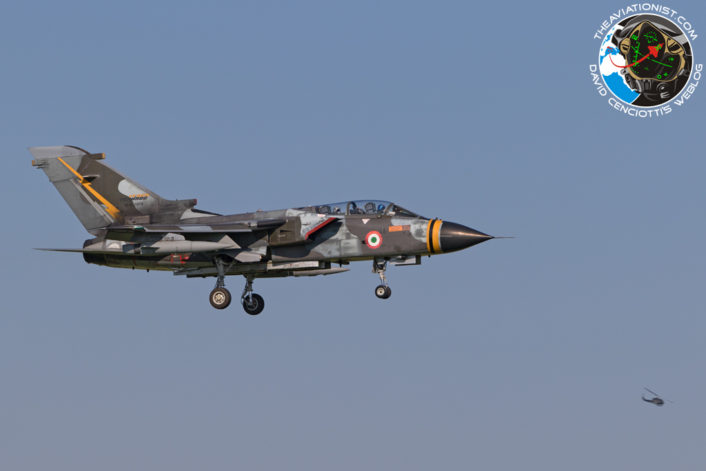