Here are some shots taken at the 23rd Tactical Air Base of the Polish Air Force where MiG-29 aircraft are stationed. The set of photographs shows the night operations of the Fulcrum jets of the  stationed in Minsk Mazowiecki.

The 23rd Tactical Air Base continues the traditions of the famous RAF Squadron 303., which made great contributions to the Battle of Britain. This is shown through the unit’s emblem, taken over from the famous Kościuszko squadron. 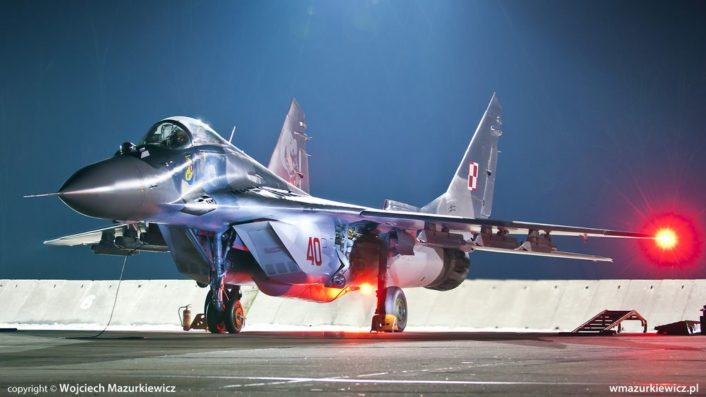 The 23rd at Minsk Mazowiecki is one of the two Polish bases that operate the Fulcrum. The other unit is located in Malbork, in the West Pomerania district, by the Baltic Sea – the 22nd Tactical Air Base.

Beginning on Dec. 1. the base has been commanded by Air Force Col. Piotr Iwaszko, who is also an instructor pilot and test pilot. Moreover, Iwaszko has also been working as a Polish Fulcrum Demo pilot. He has logged around 1,400 hours of flight time so far, with more than 830 flying the Fulcrum. 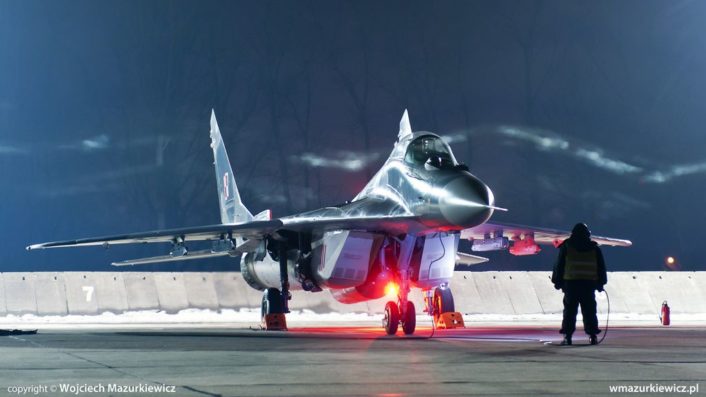 Notably, Polish MiG-29 jets have undergone a minor upgrade in the recent years. The modernization works also resulted in application of a new color scheme. 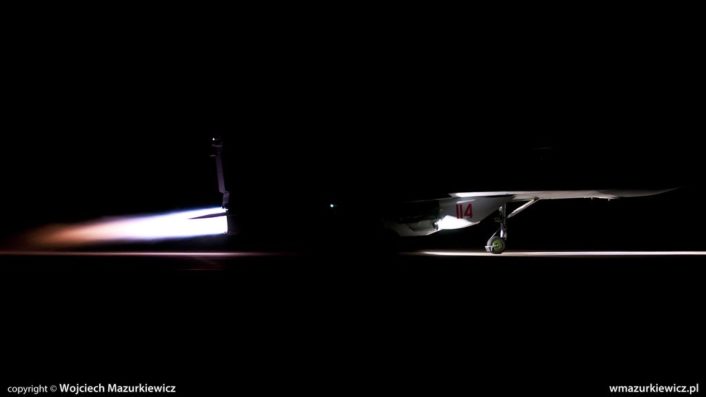 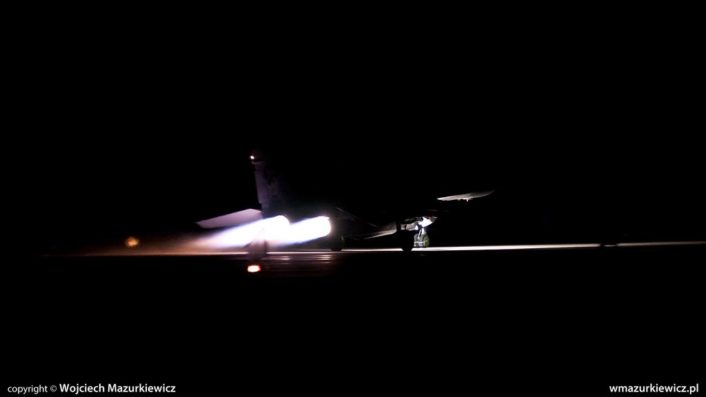 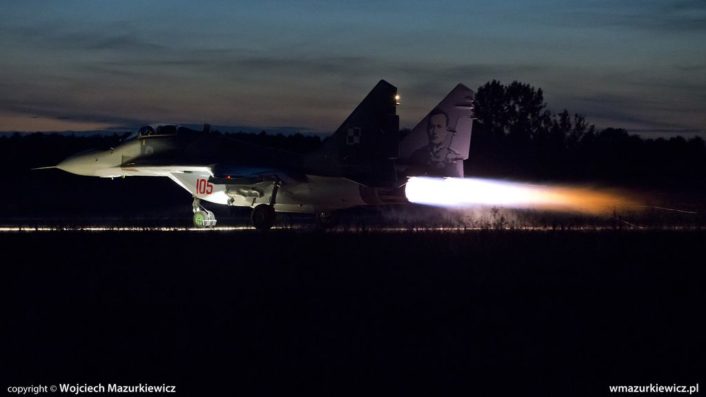 When it comes to the operational role ascribed to the MiG-29, within the structure of the Polish Air Force, it is tasked mainly with air policing and intercepts. However, ground attack training sorties are also flown to the PolAF training ranges in a variety of regions of Poland. 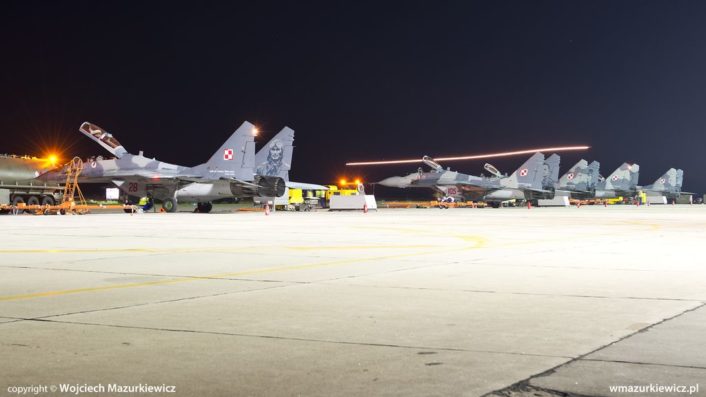 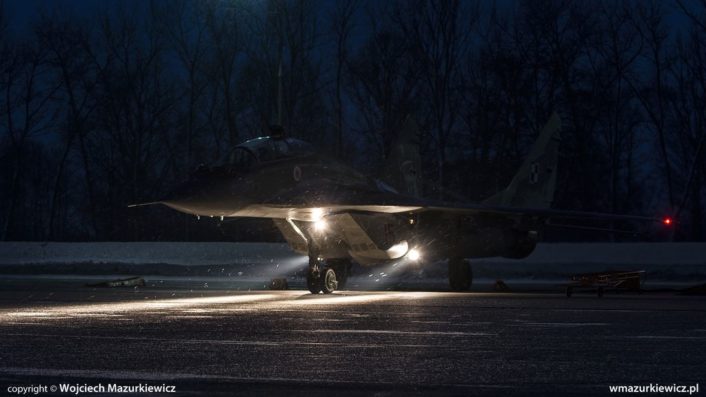 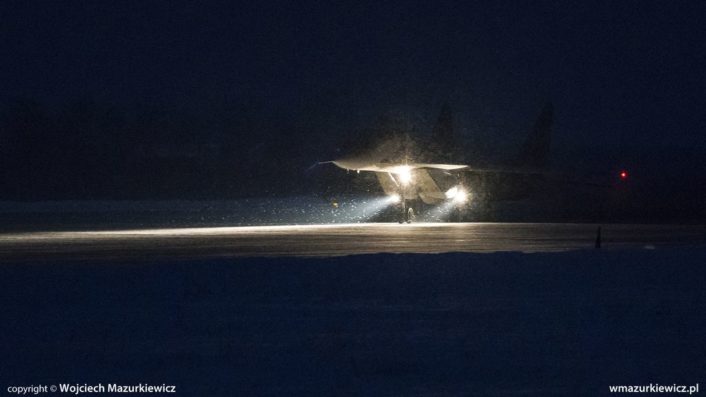 In order to maintain their proficiency, the pilots are involved in night and daytime training, across a variety of weather conditions, including snow, as the stunning photographs, taken by Wojciech Mazurkiewic show. 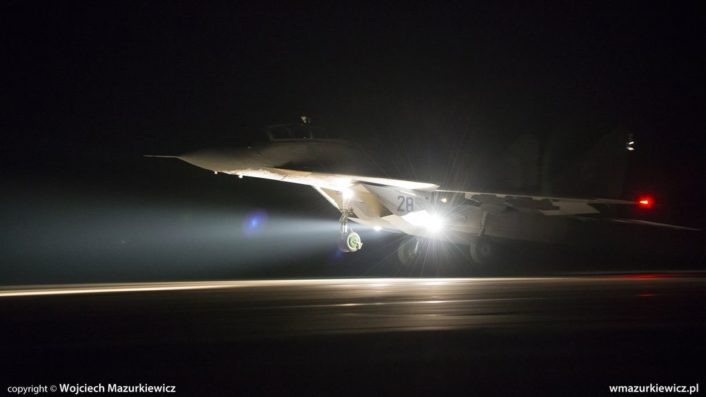 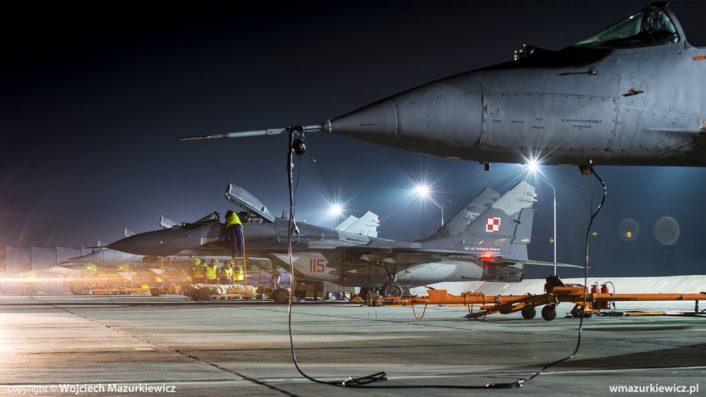 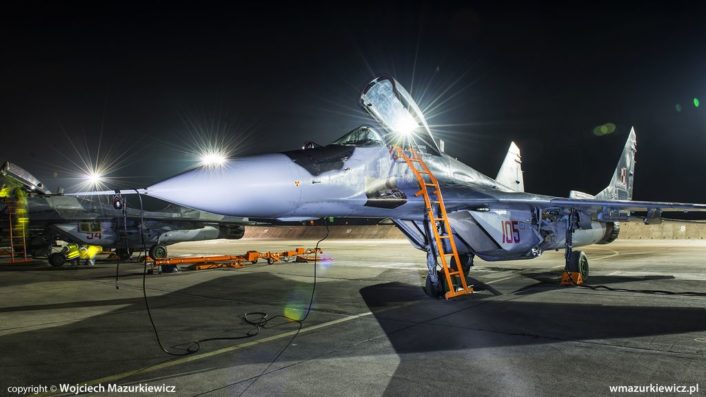 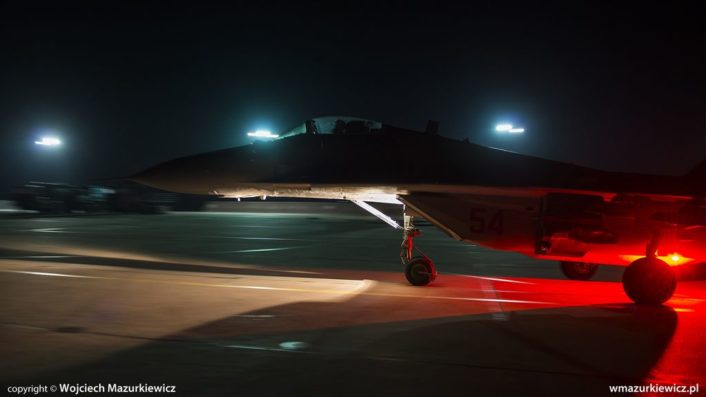 Russian MoD has confirmed that a private Cessna plane has Russia’s airspace in the Kaliningrad region, near the Baltic  Gdansk Bay, on Jul. 25. Sukhoi Su-27 plane was used to identify the intruder, as the […]

According to Finmeccanica, the Polish Ministry of Defense has chosen the Alenia Aermacchi M-346 Master as the Advanced Jet Trainer for the Polish Air Force. The contract, worth 280 million Euro, includes eight Master aircraft […]