The U.S. Navy retired the legendary F-14 in September 2006. Nowadays, the Islamic Republic of Iran Air Force (IRIAF) remains the world’s only operator of the Tomcat, a type of interceptor that Tehran has been able to kept airworthy and somehow enhance with some domestic avionics upgrades and weapons  throughout the years in spite of the embargo imposed after the 1979 Revolution.

The Persian Tomcats, that the IRIAF plans to fly until 2030, are based at TFB.8 (Tactical Fighter Base 8) Baba’i near Eshahan, in central Iran. 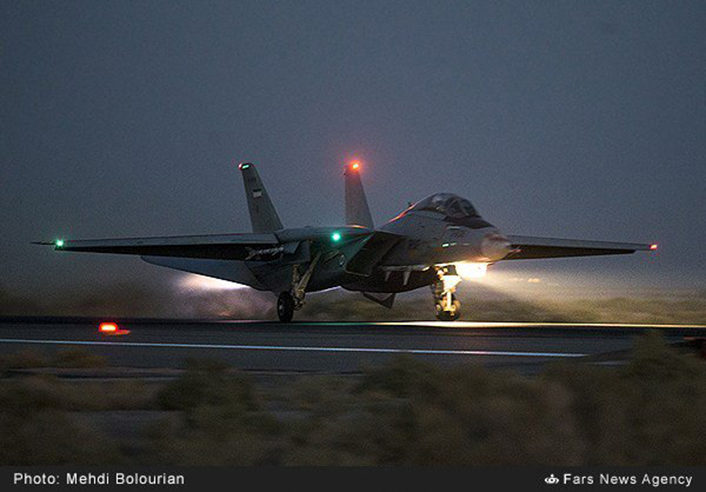 “TFB.8 has three F-14 Squadrons with total 62 F-14As but only almost half are airworthy at this moment; just 35 according to the 2013 records” says Iranian Defense Journalist and writer Babak Taghvaee.

“During this three days exercise six of the best F-14As of the 82nd and 83rd Tactical Fighter Squadrons participated. Why the best? Because IRIAF has two types of F-14As: PMC (Partially Mission-Capable) ones, usually suitable for Training and can become FMC in case of war. And Fully Mission-Capable Tomcats with fully operable fire control system, armament system and INS. These FMC F-14As are usually used for 24/7 Quick Reaction Alert and other combat missions (Usually 70% of the airworthy Tomcats are FMC).” 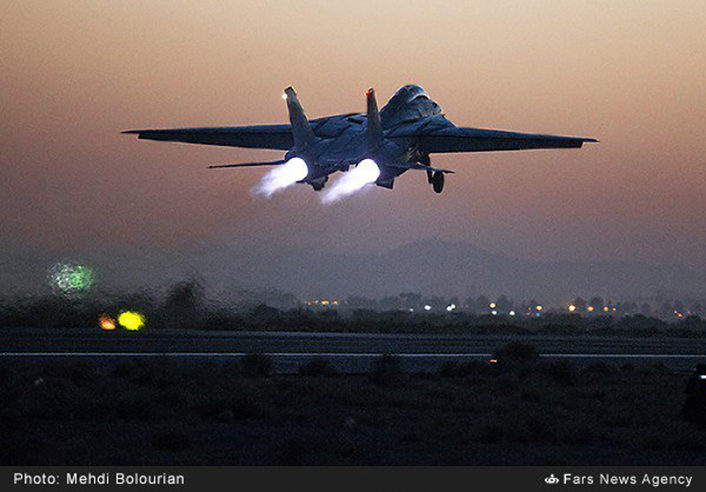 According to Taghvaee at least six of these FMC Tomcats, including an F-14AM, took part to the exercise and for first time in ten years pilots had chance to renew their AIM-9 and AIM-7 AAM launch skills.

“The F-14s were used in simulated HVACAP, BARCAP and CAP. Escorted F-4Es in first night of exercise. Then engaged with MiG-29s in morning of second day. And launched missiles today morning (Last and third day). They also escorted the Tanker airplanes.” 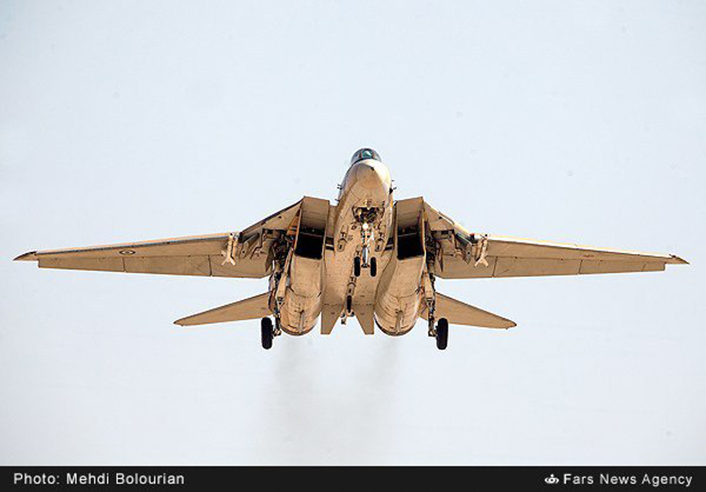 F-14AMs (“Modernized”) include domestic avionics (radar and RWR) and weapons: R-73E, AIM-54A, AIM-7E and AIM-9J are among the air-to-air missiles adapted to the aircraft’s fire control system. 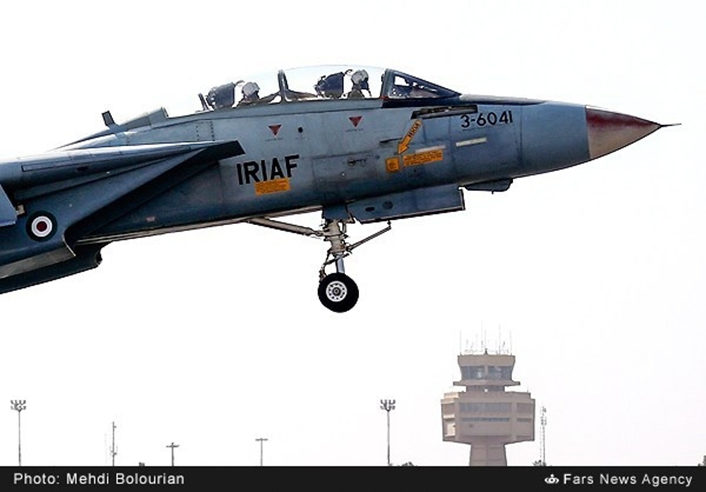 Some Iranian Tomcats are also given a three-tone Asian Minor II camouflage pattern loosely resembling the “splintered” one adopted by Russian 4th and 5th generation fighter planes and U.S. Aggressors.

On Sept. 22, 2006 after 36 years of service, the last F-14 Tomcat was retired by its main operator, the US Navy, at NAS Oceana. Although six years have passed since then, there are many […]

The image above was taken from an MH-53J from the 20th Special Operations Squadron, piloted by Capt. Thomas Trask, during the first Combat SAR (Search And Rescue) mission behind the enemy lines since Vietnam. The […]