A two seater variant of the U-2 Dragon Lady from Beale Air Force Base has just crashed in Sutter County, California.

A TU-2S assigned to the 1st Reconnaissance Squadron, from Beale AFB, crashed about 9.05 AM LT near West Butte and Pass roads.

The aircraft, a two seater variant of the famous U-2 Dragon Lady spyplane was involved in a training mission. According to witnesses, both pilots ejected from the aircraft: one died while the other was injured.

The U.S. Air Force is believed to operate just 5 TU-2S jets (including the one lost today).

The Dragon Lady is one of the most difficult plane to land requiring some special landing assistance by chase cars driven by experienced pilots who talk their colleagues aboard the U-2s during (take off or) landing: in fact, since the pilot’s view on a Dragon Lady is obstructed by the airframe, chase cars drivers provide additional information about distance to touchdown and altitude in order to make landings less risky.

The two-seat variant is particularly useful for training since the second cockpit is located well above the front one allowing an unobstructed forward view. 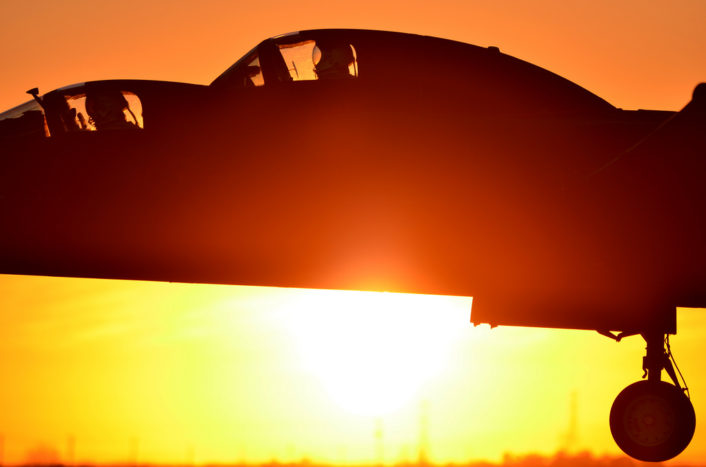 The “incriminated” photo of an F-15E pilot with a “Russian Patch” was published by the RAF Lakenheath’s Facebook page in a post about the Exercise Point Blank currently in progress in the UK. The U.S. […]

The exercise featured the cutting edge air dominance aircraft in service today. The inaugural Trilateral Exercise held Dec. 2-18 at Joint Base Langley-Eustis (JBLE) in Virginia not only represented a visible component of the collaboration […]