While Lockheed Martin works on its  stealthy replacement, looks like the U-2 is still being modified.

Lockheed Martin has just revelead the “TR-X” a Skunk Works proposal for the next generation, all-new stealthy spyplane to replace the iconic U-2 Dragon Lady.

The new aircraft will combine the features of the U-2 and those of the RQ-4B Global Hawk UAS (Unmanned Aerial System) into a new ISR (Intelligence Surveillance Reconnaissance) platform capable to operate at very high altitude and to penetrate contested airspace.

For the moment, the Air Force is not committed to the new design or any other U-2 replacement concept: addressing reporters earlier this week, Lt. Gen. Robert Otto, deputy chief of staff for ISR, said the U.S. Air Force can’t simply afford its two high-altitude ISR platforms (U-2 and RQ-4) as well as develop the new aircraft.

Indeed, even though it could continue to operate for other two or three decades, the U-2 is slated to be withdrawn from use in 2019 and when the upgraded Global Hawk will take over all the high-altitude ISR tasks.

Nevertheless, even the Dragon Lady is constantly being upgraded with new sensor packages, as the images in this post seem to suggest.

Taken by Kevin Joyce from Sidewinder Aviation Photography at Palmdale, California, widely known as “Skunk Works” LM’s Advanced Development Program Facility (that is to say, where some of the most futuristic “black projects” are developed), the photos show a new, big camera installed underneath the nose section of a Dragon Lady landing at Air Force Plant 42.

Any idea what it can be? Just a new wide-angle hi-rez camera? 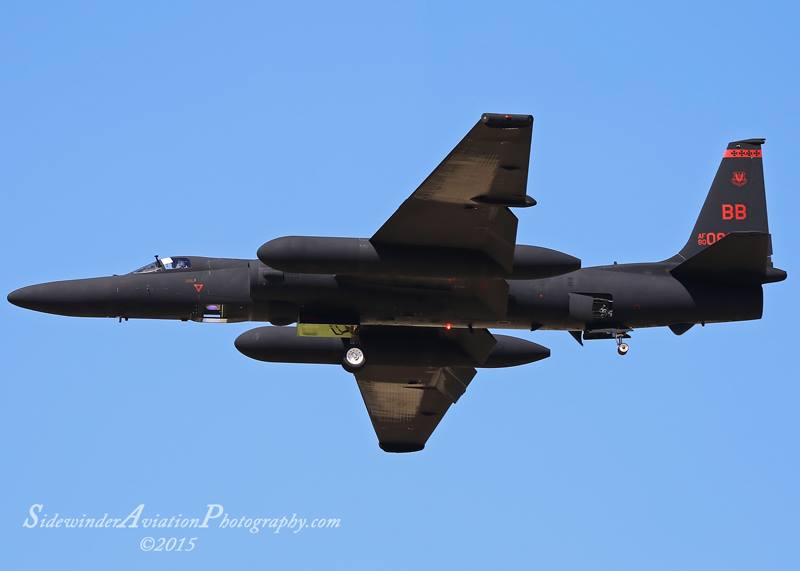 Is new better than old? It would seem not. Industry insiders have leaked that the Pentagon is to cancel the RQ-4 Global Hawk program not just stopping buying new aircraft but to retire the Air […]

B-1s and F-22s involved in a long range strike exercise. Getting ready for North Korea or Iran?