As the aircraft, using radio callsign “Snoop 71,” began the take off roll to start its mission in support of a Special Operations training exercise, fire erupted behind the galley.

Described by one crew member as a “flamethrower”, the fire quickly filled the intelligence gathering plane with dense smoke and burned a hole in the aft fuselage. The aircraft commander (on his first flight, no less) quickly stopped the airplane and the crew egressed as fire fighters extinguished the blaze.

Robert Hopkins, III, a former RC-135 aircraft commander who flew the S, U, V, W, and X models in the 1980s and 1990s, and author of a book on the type, told The Aviationist that the plane very likely would have crashed if it became airborne; the quick reaction by the “baby aircraft commander” made a successful evacuation possible in less than half a minute since the pilot decided to abort takeoff.

“But if we took off – I mean, I don’t know how fast we could have emergency landed I mean – I know it’s quick but a few more minutes stuck on the jet not even able to start egressing would have ya know made it a lot different. So I feel really lucky that we didn’t take off, honestly. I’m also really glad that like no one got seriously injured,” a crew members told to investigators according to the 1,341 report on the mishap obtained by Omaha.com and made available here. 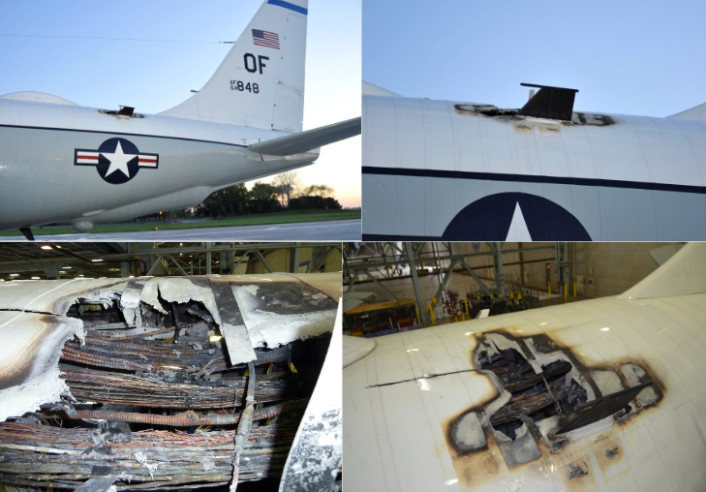 Investigators were unable to determine the fire’s ignition source, but found that it was fanned by a faulty oxygen system that had been improperly serviced during the airplane’s last depot maintenance by L-3 Communications in Greenville, Texas.

The final report noted that L-3’s quality control failed to follow established procedures, and that L-3 installed used instead of new parts. Fleet-wide inspections are underway.

According to the Defence Secretary Ben Wallace, the “release” was the result of a technical malfunction. The Rivet Joints are now escorted by RAF Typhoons over the Black Sea. On Sept. 29, 2022, a Royal […]