The TU-2S is the two-seater version of the legendary U-2 Dragon Lady used to train pilots destined to fly the legendary spyplane.

The U.S. Air Force operates five such planes, based at Beale Air Force Base, California, home of the 9th Reconnaissance Wing.

These trainers, can be often seen performing touch and gos on the local runway, a procedure that is particularly tricky, requiring some special assistance: a chase car.

Experienced pilots driving chase cars talk their colleagues aboard the U-2s during take off or landing. Indeed, the pilot’s view on a Dragon Lady is obstructed by the airframe and, for instance, there’s a risk of hitting any ground obstacle with a wingtip during taxi.

Actually, not only U-2s need chase cars. The U.S. Air Force’s fleet of cars is used to chase U-2 and RQ-4 Global Hawks spyplanes both at Beale and abroad: 20 automobiles used to support U.S. planes each time they launch and recover on any anywhere across the globe.

Pontiac G8 GTs, modified with U/VHF radios to communicate with both the aircraft and the Tower Control, are among those used as chase cars at Beale.

But the Australian cars are being replaced by new 400 HP V-8 Chevrolet Camaro SS cars. Since pilot chasing landing U-2s or Global Hawk may need to scramble to meet the plane as it overflies the runway threshold on landing, the training required to become a U-2 pilot, among all the other things, also include a course to maintain spot cars at high speeds! 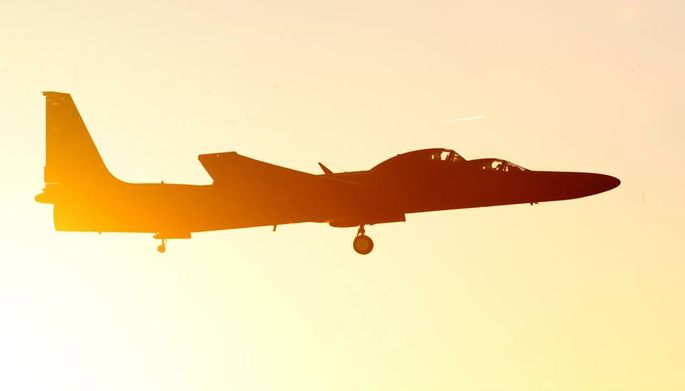 More about Camaro chase cars for the U-2 spyplanes

An article written by W.J. Hennigan for the LA Times, provides some new interesting details about the U.S. Air Force’s fleet of cars used to chase U-2 (and, presumably, RQ-4 Global Hawks) spyplanes. Chase automobiles are […]