The F-100 Super Sabre flew more individual sorties in Vietnam than any other fighter, but it was never credited with an air-to-air victory.

The first officially listed American aerial victory during the Vietnam War was achieved by a U.S. Navy F-4B Phantom that destroyed a Chinese MiG-17 on Apr. 9, 1965. However, compelling evidence clearly suggests that another MiG-17, this time a North Vietnamese one, was shot down by a USAF F-100D, flown by Capt. Donald Kilgus on Apr. 4, achieving the only Super Sabre air-to-air victory and predating the first US Navy MiG Kill by five days.

Nevertheless according to Donald J. McCarthy, Jr. book, “MiG Killers A Chronology of U.S. Air Victories in Vietnam 1965-1973,” the outcome of the air battle during which Kilgus destroyed the MiG-17 has long been the subject of much debate by historians over years.

This aerial engagement took place during the second strike on the Dragon’s Jaw bridge, 70 miles from Hanoi: the bridge was attacked by several F-105s while a total of 16 F-100Ds from the 416th Tactical Fighter Squadron (TFS) fulfilled both Rescue Combat Air Patrol (RESCAP) and MiG Combat Air Patrol (MiGCAP) missions.

As explained by Peter Davies and David Menard in their book “F-100 Super Sabre Units of the Vietnam War,” the RESCAP F-100D flight (using “Green” as callsign), carrying 2.75-in rocket pods, set up an offshore orbit, ready to move in and cover for SAR forces if required. As the strike package approached its target, the North Vietnamese controllers vectored two MiG-17s behind Green flight from a head-on approach.

He and other flight members saw pieces flying off the MiG, but at the last moment Kilgus had to pull out of his dive, whereupon he lost sight of the target in the hazy conditions above the Gulf of Tonkin. 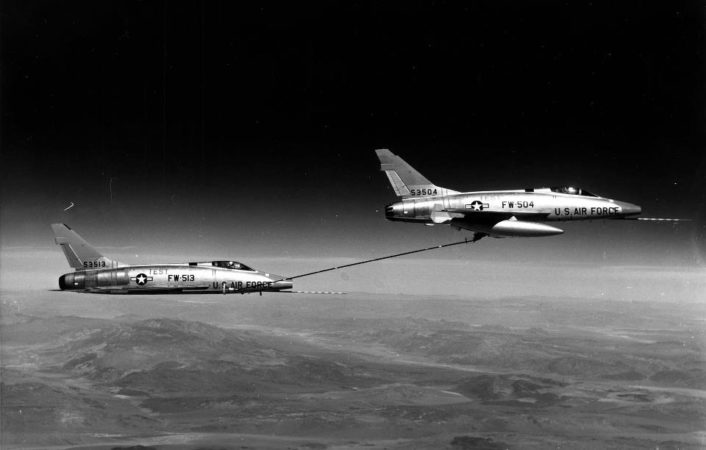 Other three MiGs were able to attack the F-105s and two North Vietnamese pilots, Capt. Tran Hanh and Le Minh Huan, downed two of them, while the MiGCAP F-100Ds tried unsuccessfully to defend the Thuds, firing two Sidewinders and several bullets from their 20mm cannons that missed the MiG-17s.

Even though Kilgus believed that his MiG could not have survived, he was credited with only a probable victory by the U.S. Air Force because nobody had seen a pilot eject nor an aircraft crash. Moreover, the request to reconsider his claim was refused by the Air Force, given that President Lyndon Johnson had said that he did not want any MiGs to be shot down because he feared that aerial engagements of this kind provoked Russia and China, North Vietnam’s main allies during the war.

However, the Vietnamese have later admitted the loss of not one, but as many as three MiG-17s during the air battles on Apr. 4, 1965. They also identified the pilots by name and unit: Pham Giay, Le Minh Huan, and Tran Nguyen Nam, all of the 921st Fighter Regiment. According to Istvan Toperczer’s book “MiG-17 and MiG-19 Units of the Vietnam War,” the only Vietnamese pilot to survive to this air battle was Capt. Tran Hanh who said that the three MiGs lost that day were lost to American fighters.

Noteworthy, in the mind of Capt. Kilgus there has never been any doubt about the outcome of this air battle: in fact he painted a MiG kill marking beneath the windscreen of the F-100D tail number 55-2894 and another on the F-105G Wild Weasel that he flew later in the war. 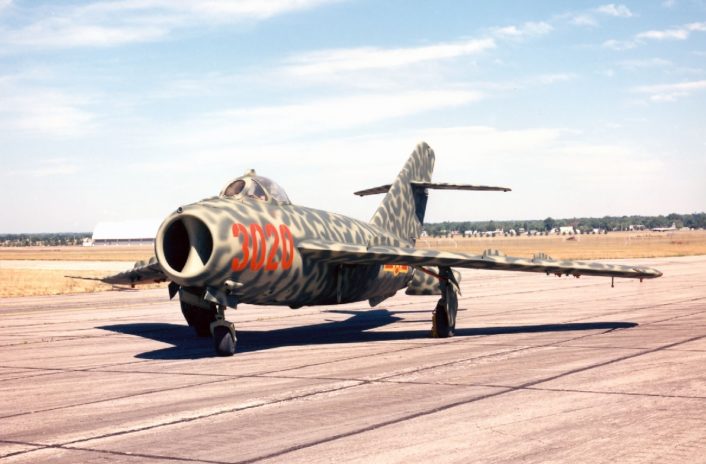 On Jan. 23, 2012 a C-17A Globemaster III was involved in a landing incident at Forward Operating Base Shank, in Afghanistan during a combat airlift mission in support to Operation Enguring Freedom. The aircraft was […]

Twelve F-15C jets will operate in the Netherlands before moving to Bulgaria. It looks like the military build-up in eastern Europe continues. The U.S. Air Force is deploying 12 F-15C belonging to the 125th Fighter […]