The Royal Air Force has unveiled a new special-colored Tornado.

The RAF has painted a Tornado GR4 fighter-bomber in ‘desert pink’ paint scheme to honour the aircraft type’s almost continuous operational service since the Gulf War 25 years ago. 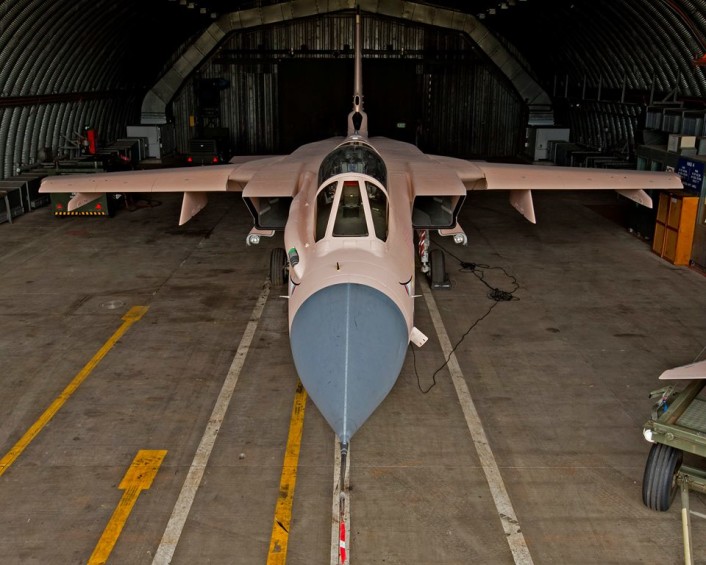 The jet, ZG750 and based at RAF Lossiemouth with XV(R) Squadron, was one of those that took part in Operation Desert Storm (code-named Operation Granby by the Royal Air Force), the air campaign to free Kuwait. 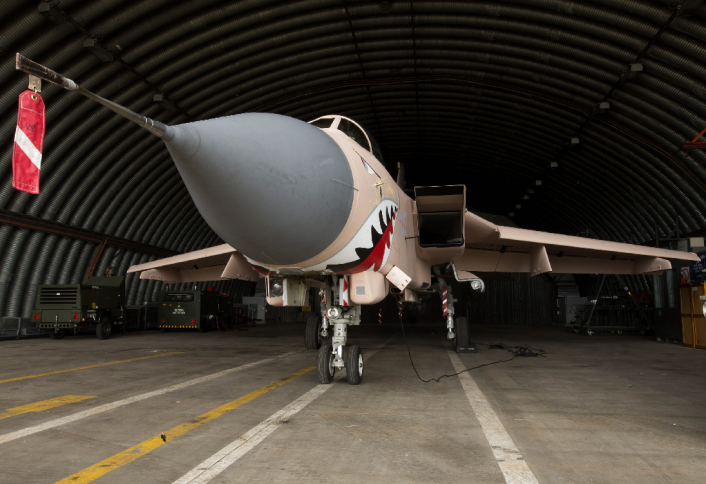 On Feb. 28, 2016, on the 25th anniversary of Saddam Hussein’s forces’ withdrawal from Kuwait, the aircraft will perform a flypast at the National Arboretum during an event honouring the British forces involved in the Gulf War. 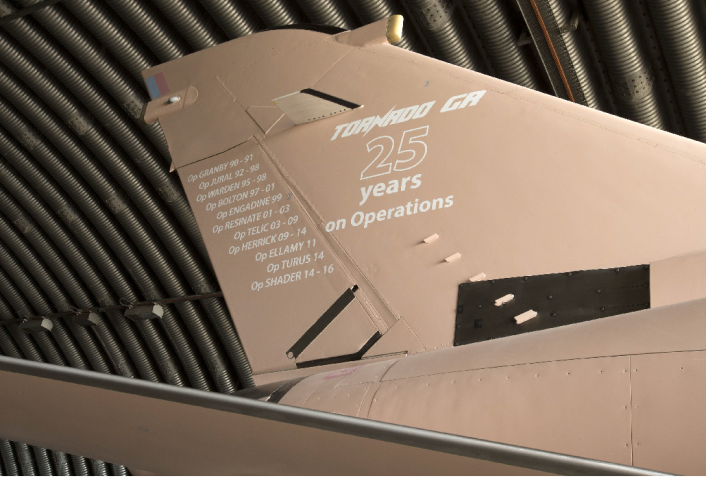 The aircraft fin carries 11 “battle honours,” recalling the Tornado’s almost continuous service on operations worldwide since 1991, an achievement proudly remarked by Air Vice-Marshal Gary Waterfall, who is responsible for RAF strike aircraft as Air Officer Commanding 1 Group RAF: “The Royal Air Force can look back at Tornado’s service on Operation Granby with great pride. In the 25 years since the Gulf War, Tornado has proven itself again and again to be a formidable strike aircraft with an enviable operational record; today it continues to serve the nation in the fight against Daesh.”

The following image shows Avro Vulcan XH558 (carrying civil registration G-VLCN), the only airworthy bomber of a fleet of 134 Vulcan V bombers operated by the Royal Air Force from 1953 until 1984. Vulcan XH558 […]