We were onboard an Italian Air Force KC-767 tasked to refuel Eurofighter Typhoon and AMX jets involved in the largest NATO exercise in decades.

On Nov. 3, we were given the opportunity to take part in an aerial refueling mission in support of Ex. Trident Juncture 2015, the largest NATO exercise in more than 10 years. 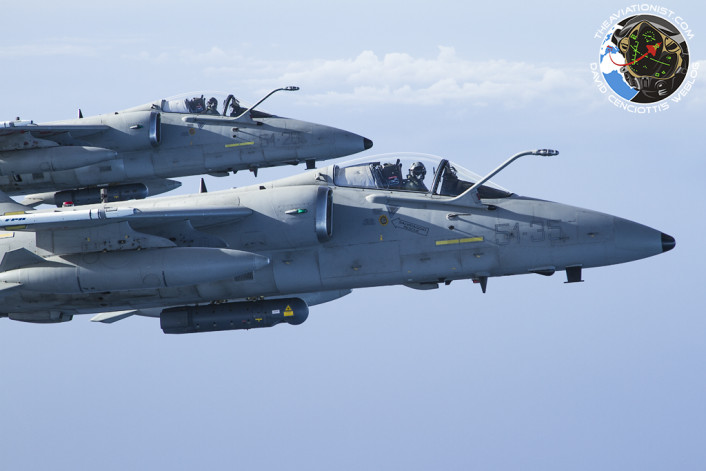 Aboard an Italian Air Force Boeing KC-767 MM62228 belonging to 8° Gruppo (Squadron) of 14° Stormo (Wing) using callsign “Breus 15,” we launched from Pratica di Mare airbase and headed to the working area located near Ponza island, over the Tyrrhenian sea, to refuel Eurofighter Typhoons with 37° Stormo, based at Trapani airbase, in Sicily, and AMXs, with 51° Stormo, from Istrana airbase, but temporarily based at Trapani. 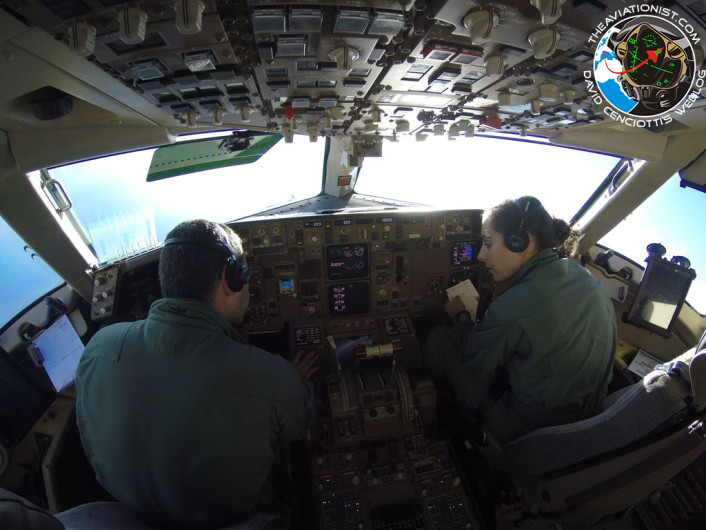 The images in this post show the aircraft being refueling using the hose-and-drogue system: the KC-767 is a NextGen Tanker equipped with both the hose and the flying boom and, unlike all the previous boom-equipped refuelers, uses an adveniristic remote boom operator’s station located behind the cockpit. 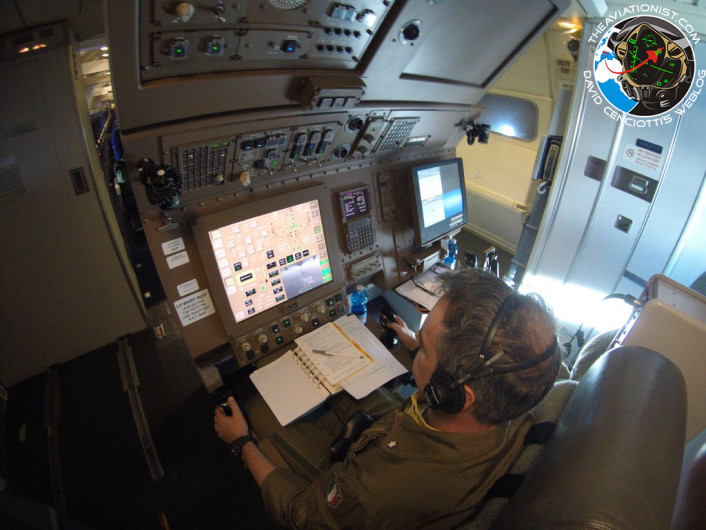 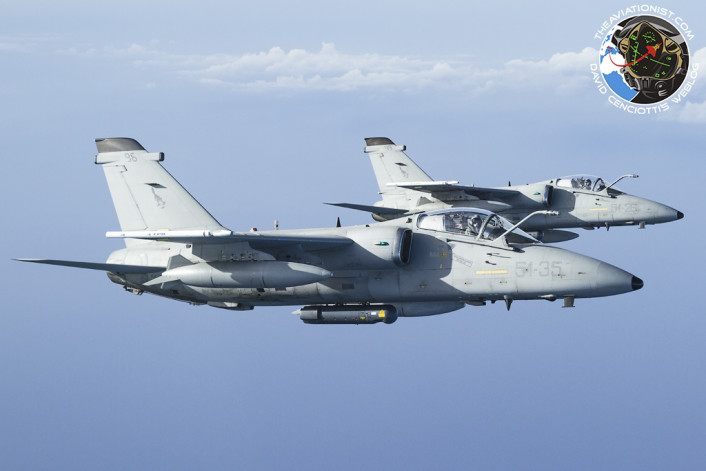 Indeed, whilst in the KC-135, the “boomer” (as the operator is nicknamed) is prone and moves the flying boom in the receptacle watching the receiver through a rear observation window, in the KC-767 (and future KC-46 that will replace the KC-135E in the U.S. Air Force), the boomers, move the boom or control the refueling operations of the probe-equipped planes using a joystick and through the video from a series of cameras mounted on the tanker’s fuselage. 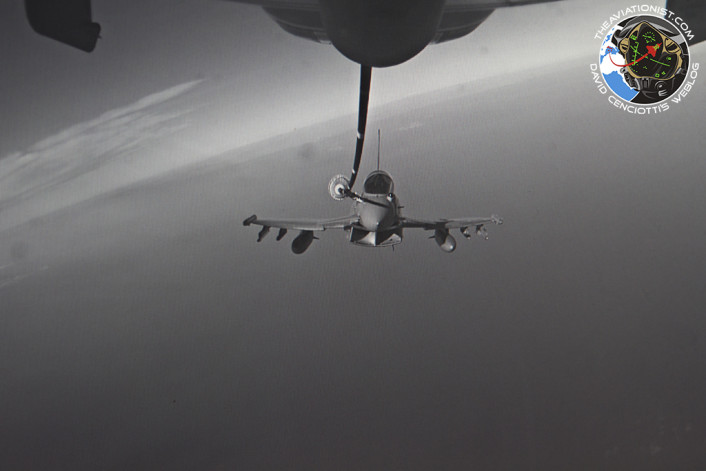 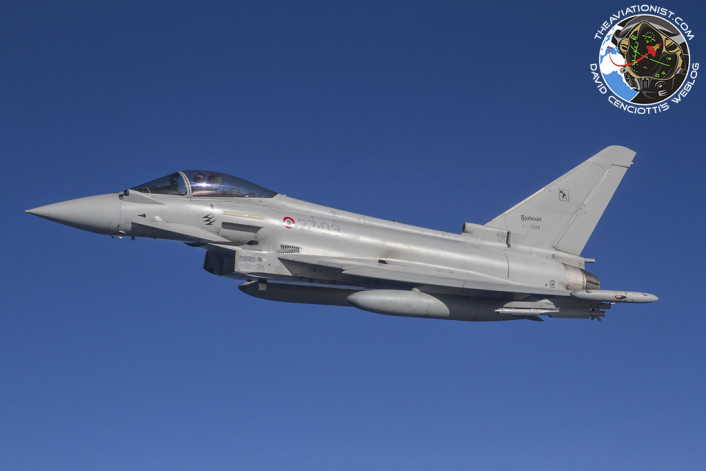 The advanced camera system feeds a Remote Vision System (RVS) that can provide high-definition stereoscopic imagery to the vision goggles attached to a sort-of flight helmet worn by the boomer during the air-to-air refueling. 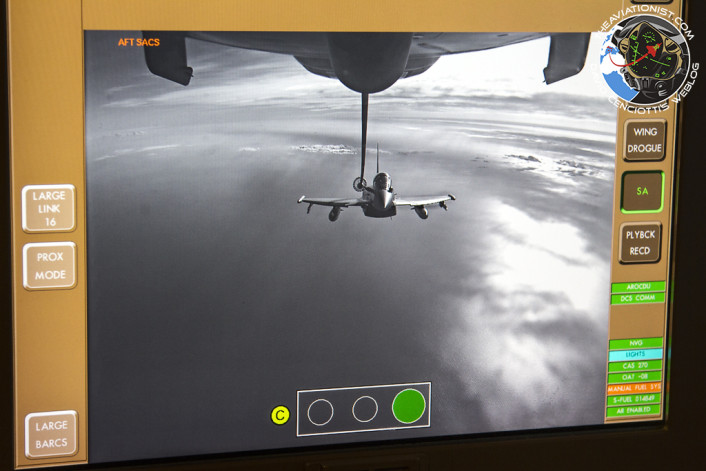 The KC-767 is one of the tanker types supporting TJ2015; other aerial refuelers include the Canadian CC-130, the Dutch KC-10 and the U.S. KC-135 deployed at several airbases across southern Europe. 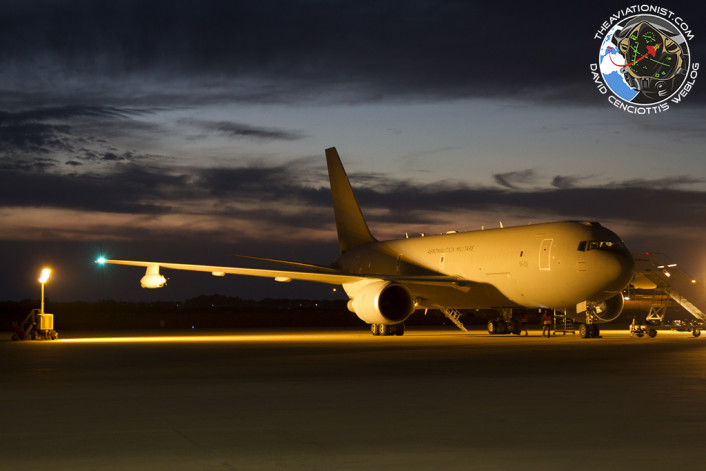 All images by The Aviationist’s photographer Giovanni Maduli

Italian F-35s and Typhoons as well as HAF F-16s and USMC MV-22s and KC-130Js take part in JS19, Italy’s Largest Exercise This Year

The long-awaited contract to supply Typhoon aircraft to Kuwait has been signed. On Apr. 5, the Kuwaiti MoD and Finmeccanica (the Italian aerospace company which leads commercial activities in Kuwait on behalf of the Eurofighter […]

We have travelled to Keflavik to see the Italian Air Force Lightnings supporting NATO’s Icelandic Air Policing mission. Here are all the details and some stunning photographs. From Oct. 2, 2019, the skies over Iceland […]