Here are some stunning photos of the Belgian Air Force Days, held at Kleine Brogel airbase.

On Sept. 13 – 14, Kleine Brogel airbase, in Belgium, hosted the Belgian Air Force Days, an airshow attended by several interesting local and foreign aircraft whose main themes were the +100 years of Military Air Power and the 40th anniversary of the F-16.

The air show, preceded by a Spotter Day on Sept. 12, was particularly interesting, as it featured not only the usual solo display of several aircraft types, including the Dassault Rafale and the Mig-29, but also a tactical event whose aim was to provide the spectators a better insight on the how the Belgian Air Force is integrated in a NATO operation: the BAF set up a fictional scenario based on the current PSO (Peace Support Operations) in Afghanistan, within which 10 F-16 jets, supported by A-109 and Mi-24 helicopters, B-Hunter UAV (from 80th UAV squadron of the BAF) and NATO E-3A AWACS demonstrated some of their capabilities to the public. 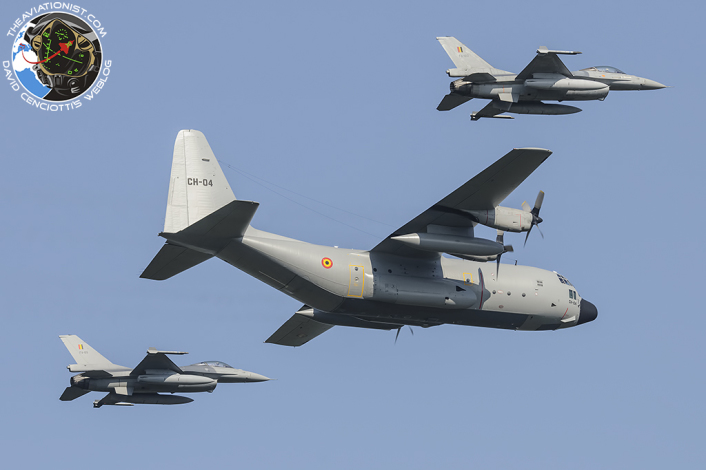 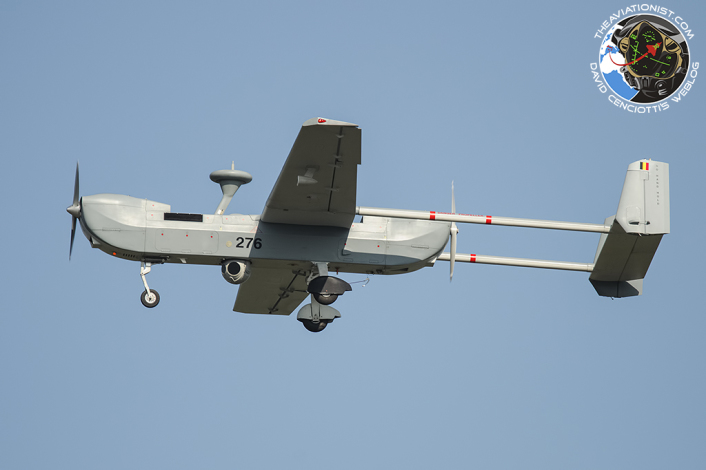 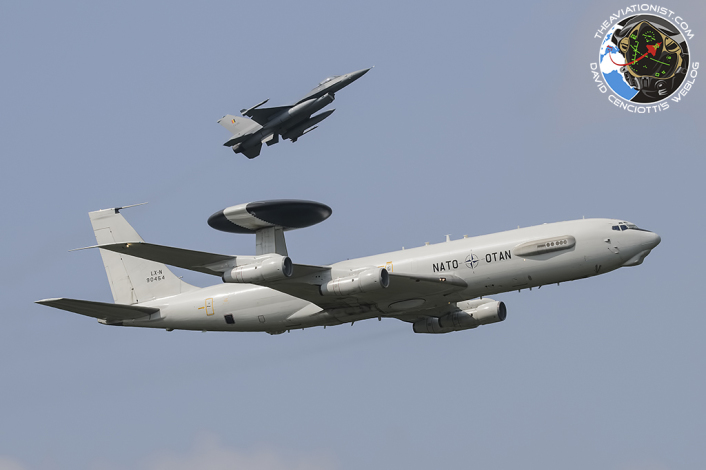 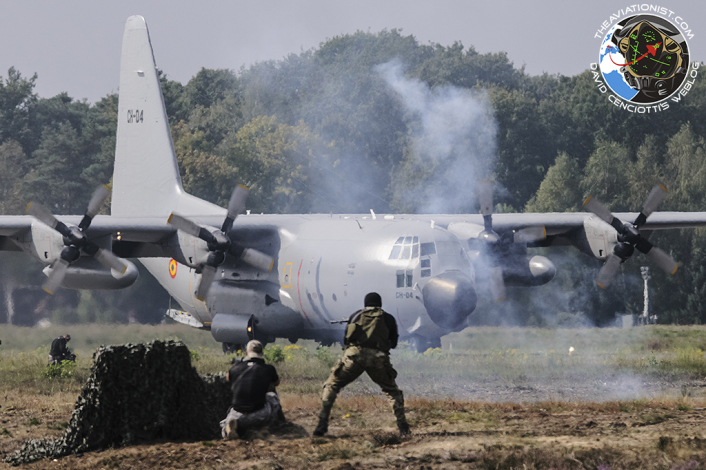 Among the most interesting aircraft that took part in the BAF Days there were two Slovak Air Force Mig-29s, a single seater and a two-seat aircraft (the latter in static display only) belonging to the N° 1 Squadron. The Slovak Air Force is equipped with 12 Mig-29s based at Sliac. 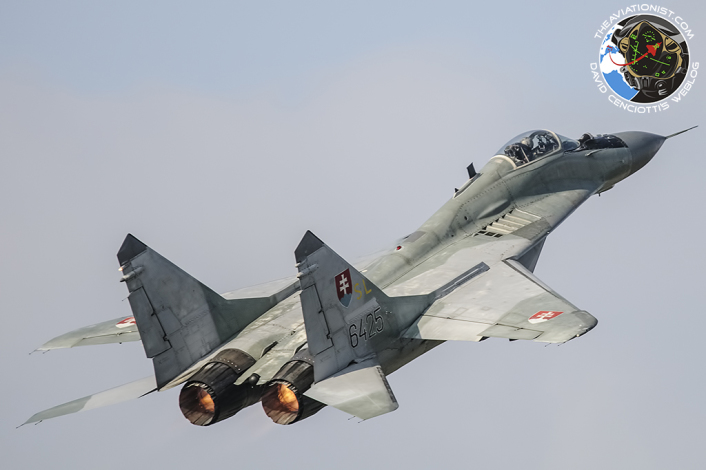 Even the Polish Air Force flew its Mig-29 Fulcrum, an aircraft they have used to provide Baltic Air Policing until Sept. 1. 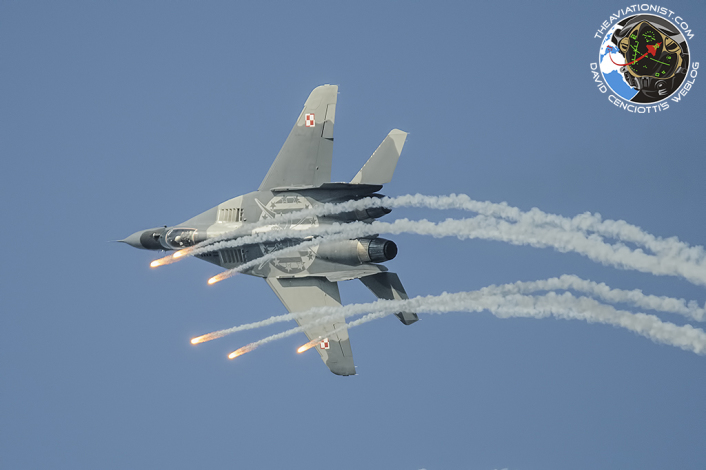 Another interesting aircraft was the F-16C Block 52+ of the Hellenic Air Force Solo Demonstration team “Zeus” from Souda Bay airbase, in Crete. The team, formed in 2009, flew its first official demo flight in November 2010 and has so far made only a few overseas appearances. 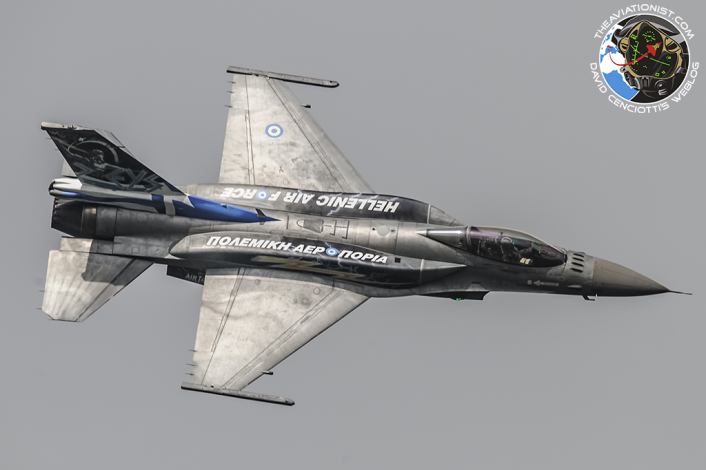 Other highlights of the show included the special colored F-16 of the Solo Turk, the Turkish Air Force F-16 demo team, the Mirage 2000Ns of the RAMEX Delta display team of the French Air Force, the Dutch F-16 and AH-64 demo teams, the F-16 solo display of the Belgian Air Component, as well as the 7-ship Alpha Jet from 11sm formation of the Belgian Air Force. 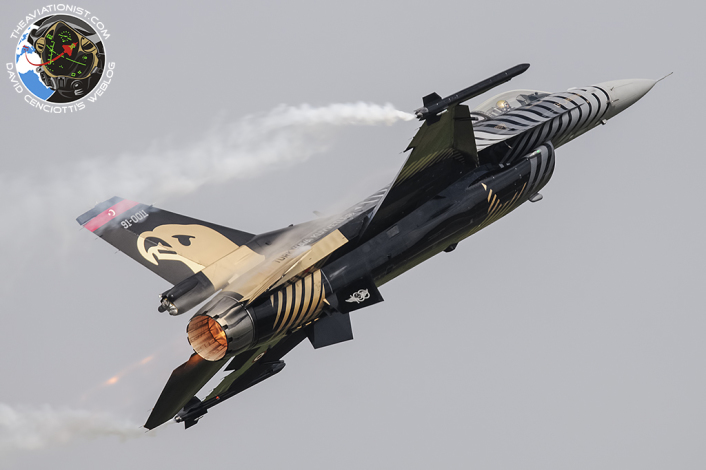 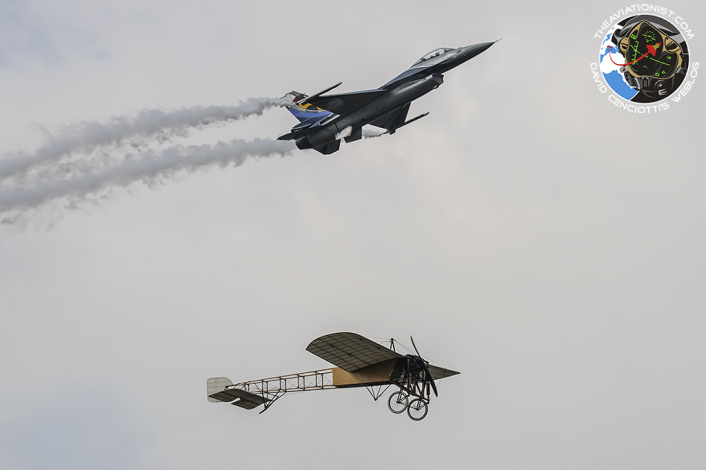 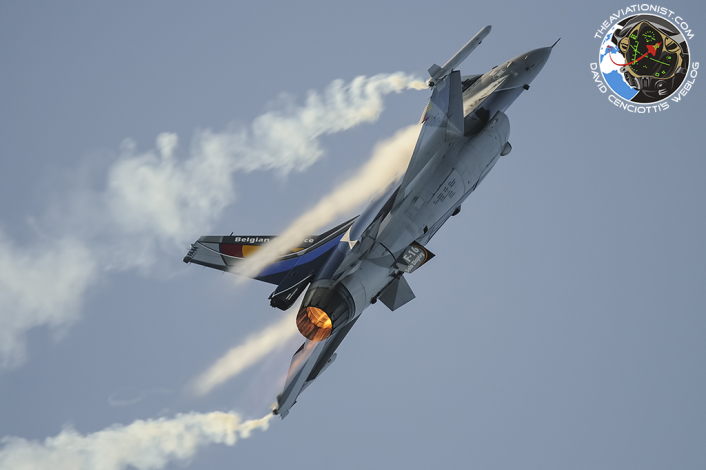 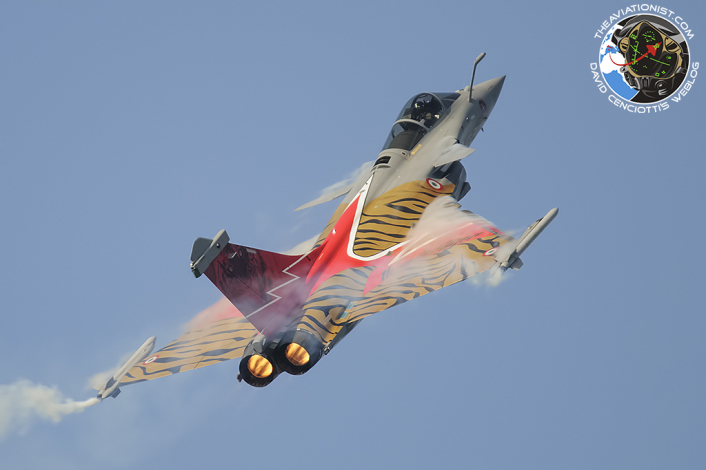 Several display teams took part in the show. Along with the world-famous Frecce Tricolori, Red Arrows and Patrouille de France, that have been flying for 50 years, there were also the PC-7 Team, the Team Breitling, the Royal Jordanian Falcons and a relatively new team on the airshow scene: the United Arab Emirates air force’s Al Fursan, or “The Knights”. 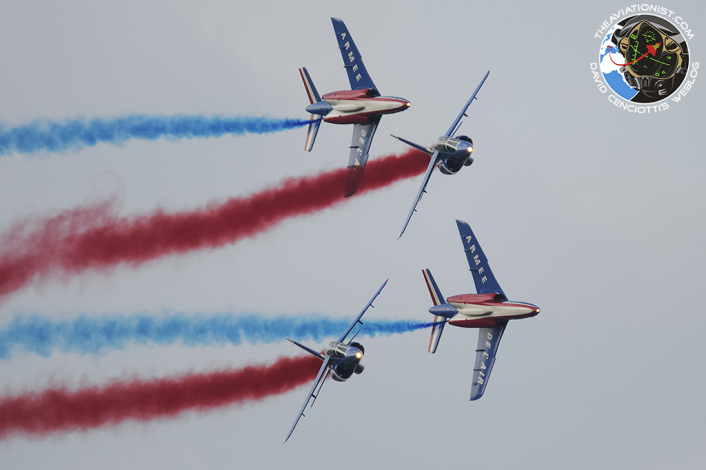 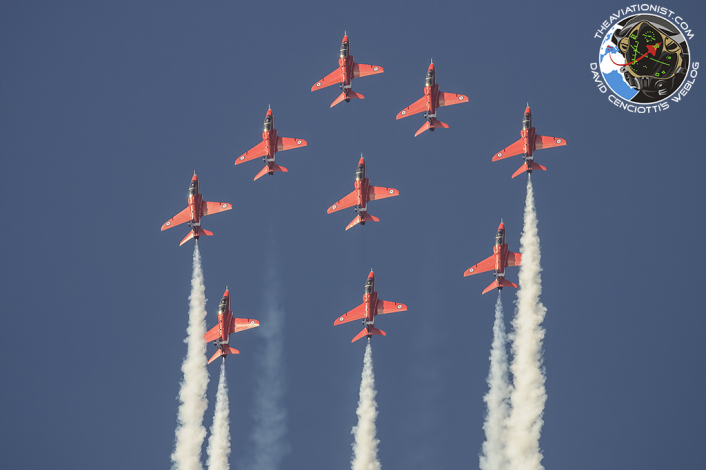 The team flies six MB-339 trainers, the same aircraft as the Frecce Tricolori the team that helped the Al Fursan display team, in an attractive black and gold colour scheme, symbolizing the desert with oil underneath, with the colours of the United Arab Emirates’ flag on the bottom of the planes. The flag’s colours are also the colours of their smoke: white, red, green and black. 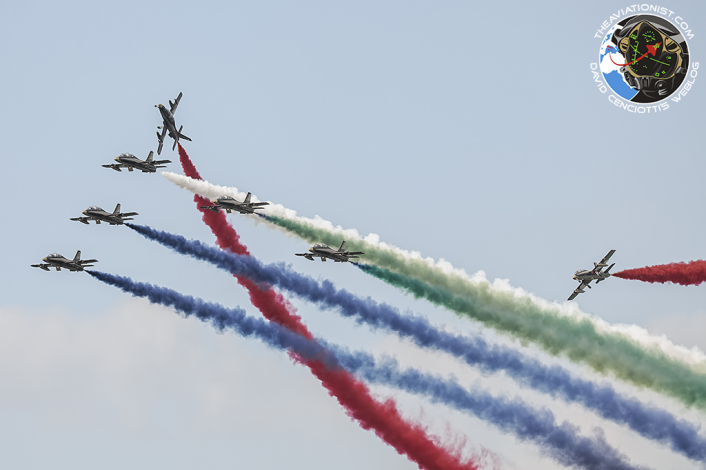 All the images in this post were taken by The Aviationist’s photographer Alessandro Fucito during the BAF Days. 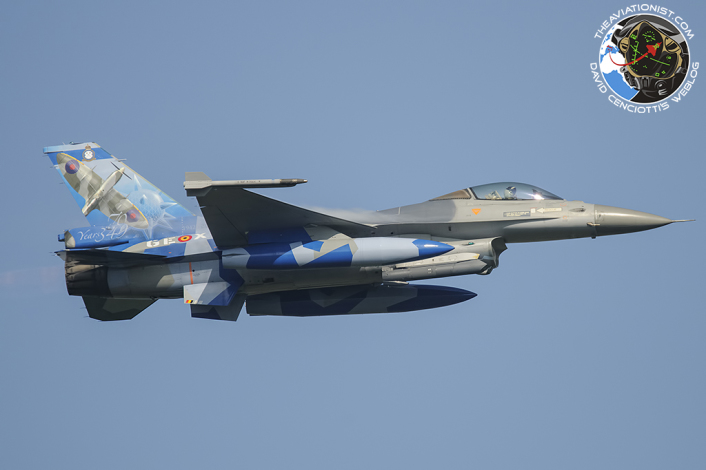 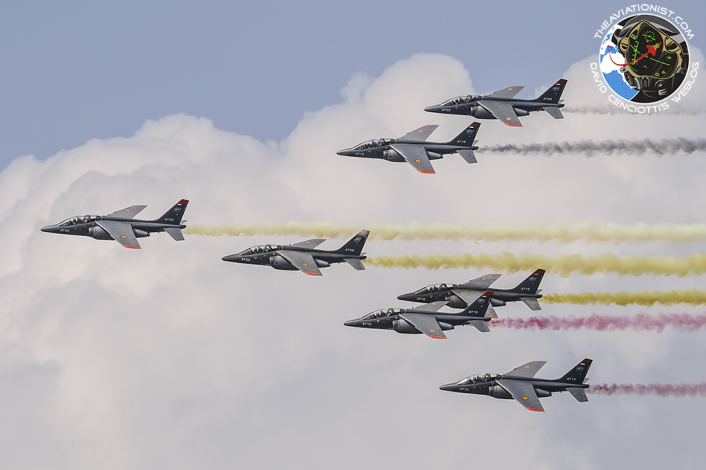 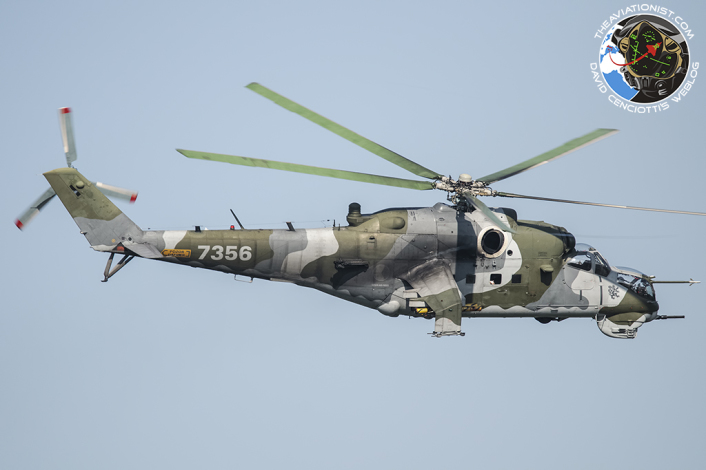 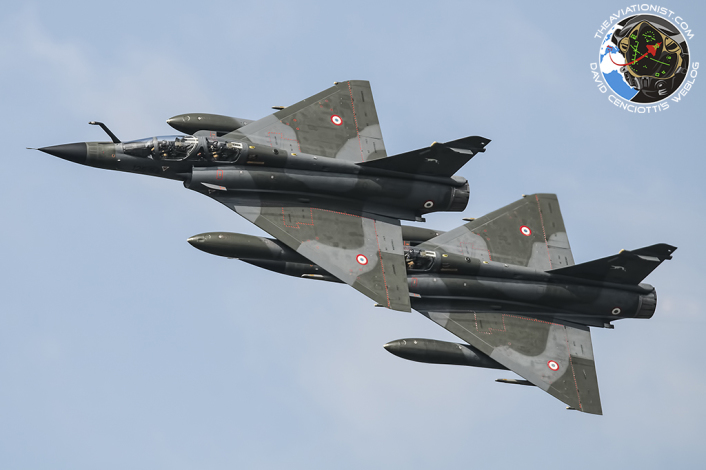 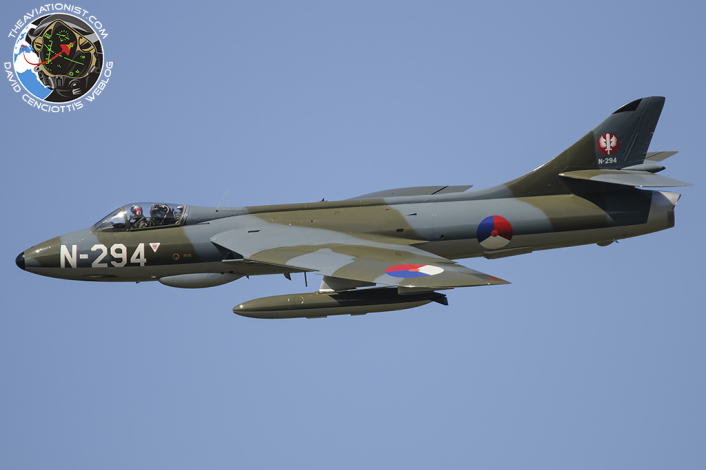