Six U.S. Army helicopters have made an impromptu landing in Poland

On Sept. 10, six U.S. Army choppers landed in the middle of a rapeseed field near Gruta, Poland. Since the pilots did not know their location they received information leafleats on the municipality, in English.

The group consisted of Chinook and Black Hawk utility helicopters.

The unusual event gathered around 100 spectators. According to the information provided by TVN24 the chopper pilots lost their orientation due to the foggy weather conditions.

According to the official statement of the US Embassy the choppers, belonging to the U.S. Army 12th Combat Aviation Brigade, stationed in Germany, got a much appreciated warm welcome: aircrews were greeted by the locals with cakes and coffee.

The helicopters departed again to their destination about 2 hours later. 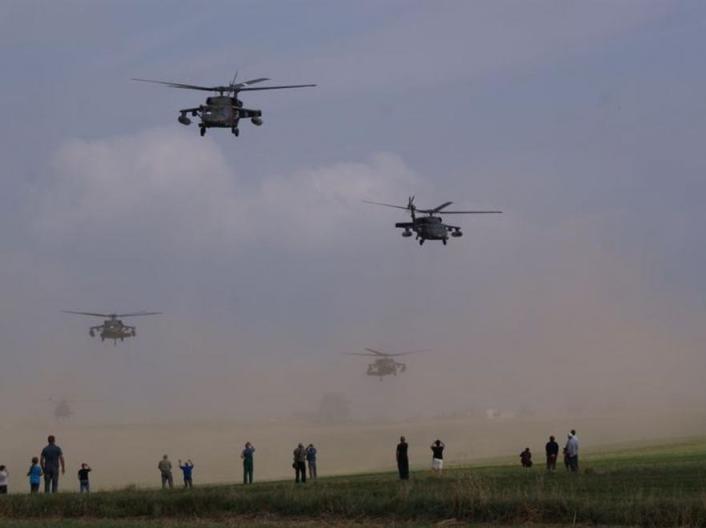 The following videos show the Syrian Mil Mi-8/17 Hip helicopters at work. The first, brought to my attention by Bjørn Holst Jespersen, is interesting as it provides a close-up view on a Syrian Mil Mi-8 […]