An An-124 recently visited at Naval Air Facility (NAF) El Centro to load British Chinooks for their return to the UK.

The An-124 has become something of a regular visitor to El Centro, moving helicopters from a number of NATO forces (such as British, Danish, Dutch and German) to the local base where they train in “hot and high” conditions prior to deployments to Afghanistan.

Actually, the Ukrainian company’s An-124 aircraft have been used to transport helicopters all around the world. 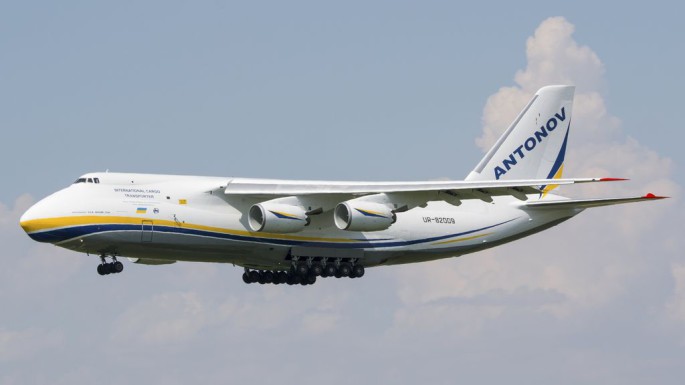 Army Confirms U.S. Raid in Afghanistan Following MOAB Strike Killed ISIS-K Leader. The U.S. military confirmed in a statement on May 7 that the ISIS-K leader in Afghanistan, Sheikh Abdul Hasib, was killed by a […]

On May 10, the Italian Army celebrated the 61st anniversary of the service’s Aviation at Viterbo airfield, northwest of Rome, with an interesting tactical event and final flypast which saw the participation of CH-47, NH-90, […]

From the combat pilot’s point of view: mission over Afghanistan

The following video gives a hint of what a standard day of pilot deployed in Afghanistan looks like: high performance takeoff with an armed plane (in this case an F-16C belonging to the 177th Fighter […]