Two aircraft are involved in the testing campaign with external stores: “053” and “054”. 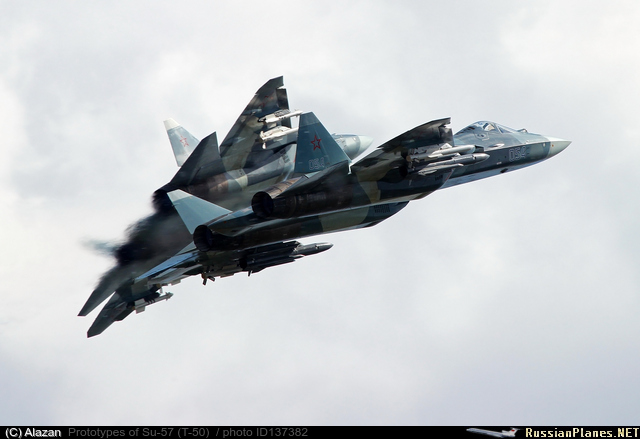 H/T to Antonio Valencia for the heads-up.

A Russian combat helicopter performs an impressive, quite dangerous, low pass. Few days ago, we published an article about the fully armed Ukrainian Air Force Mig-29 performing an impressive and unusual show of force in […]

Close call: This Is What It Looks Like When An Attack Helicopter Fires At You. The following video is pretty scary: it shows a Ka-52 Alligator attack helicopter accidentally firing rockets towards parked cars and […]