When the Royal Navy flew the F-4K Phantom aircraft. At ultra-low altitude.

“I can hear it but I can’t see it yet”: this could have been the last words those two Matelots said before the Fleet Air Arm Phantom thundered few feet above their heads at RNAS (Royal Naval Air Station) Yeovilton, Somerset, southeastern part of the UK.

It’s unclear when the image was shot. For sure it must have been some time between 1968 and 1978, when 48 F-4Ks (which received the British designation FG.1), served with the Royal Navy at Yeovil and aboard HMS Ark Royal aircraft carrier.

The latter flew also at very low altitude as the image below, taken during FAC (Forward Air Controller) training proves. 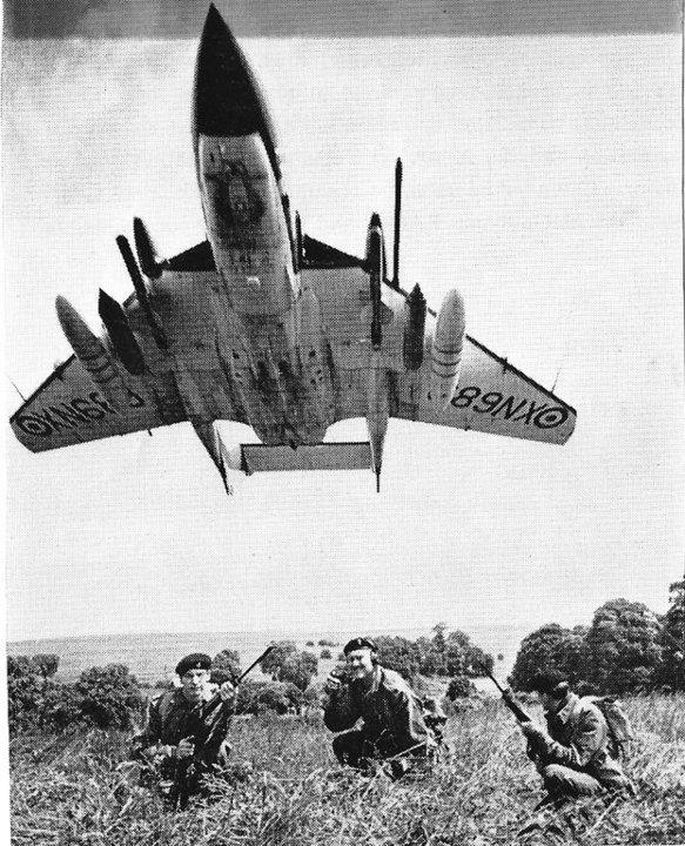 The Lynx helicopter was the backbone of the British Army and the Royal Navy before it was replaced by the AW159 Wildcat. On Mar. 21, 1971, the yellow prototype of the Westland Helicopters Lynx helicopter […]

Harrier: The Story Of The “Jump Jet” That Helped Margaret Thatcher Win The Falklands War

The Sea Harrier was crucial to the UK in the 1982 Air War in South America. One cannot speak of Margaret Thatcher, who passed away on Apr. 8, 2013, without mentioning the 1982 Falklands – […]

U.S. Marine Corps F-35Bs of the “Wake Island Avengers” Land In The UK For Joint Training With British Lightnings