In the last few days, the extremely active Chinese aircraft enthusiasts have documented the ground activity of the third prototype of the J-20 “Mighty Dragon” stealth fighter jet.

The new pictures show the J-20 coded “2011” performing taxi tests at Chengdu airfield. Following a high-speed taxi, the aircraft raised the nose and then deployed the drag chute to reduce speed: the usual steps that precede the first take off.

What is really interesting about the new plane is that it seems to embed a series of improvements. According to several reports it has a new air intake design, shorter engine nozzles and a (basic?) sensor fusion technology. 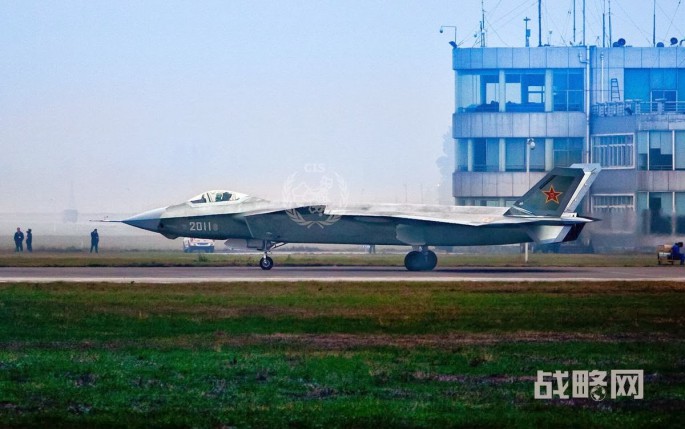 For sure the J-20 has something worth a mention: a revised nose section, much similar to that of the much criticised F-35, with an IRST/EOTS (Infra Red Search and Track / Electro Optical Tracking System) – used to hunt low observable aircraft, and a metal finish that loosely reminds the radar absorbing Haze Paint first used on F-16s.

Chengdu J-20 Stealth Fighter Jet “2011” has eventually made its maiden flight. A composite image shows how different third prototype is from the the first one. The third prototype of China’s 5th generation fighter jet […]

USAF Confirms: The Chinese J-20 Spotted In Georgia Is a Mock-Up Used For Training by the U.S. Marine Corps

The Mystery Chinese Stealth Jet Seen at U.S. Base Is For Marine OPFOR Training. The U.S. Air Force has officially confirmed to TheAviationist.com that the Chengdu J-20 Mighty Dragon photographed at a military facility inside […]

Here’s what it’s like to prepare and fly to the Edge of Space in a MiG-29 Fulcrum. The following footage was shot by famous aviation video producer Artur Sarkysian for MigFlug, the company that offers […]