On Jan. 5, 1995 the entire senior commanders of the regular Iranian Air Force (HQ’s general staff) were killed in a suspicious plane crash near the city of Isfahan. Among the dead were several generals including the Iranian Air Force’s commander Gen. Mansour Sattari, the air force’s deputy commanders Gen. Yassini, Gen. Ardestani and a few other high ranking officers.

The cause of the crash is still unknown.

The IRIAF’s board of inquiry never released its findings, if they found any. Some attributed the cause of crash to be ‘pilot error’ as some recalled the pilot being a ‘flight training school reject’ who was about to be dismissed. But why give the control of a VIP aircraft with a dozen VIP passengers to a ‘flight school reject’ then? 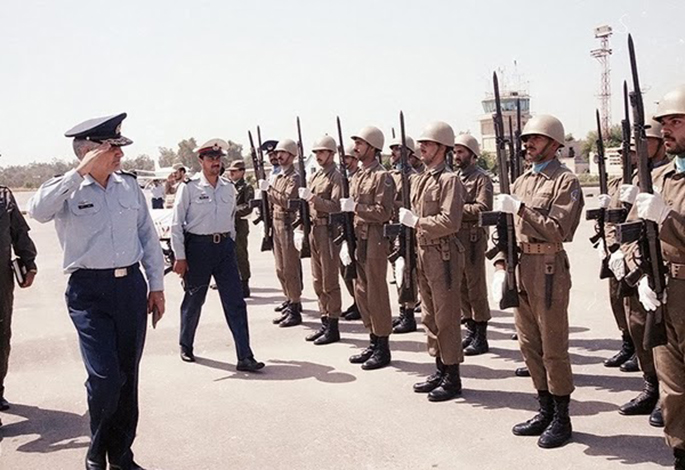 The Iranian regime is known to be hostile to the regular Iranian armed forces (Air Force, Army and Navy).

The first round of mass purges came right after the Ayatollahs’ seizure of power in February 1979. At the time, they mercilessly executed almost all the Shah’s armed forces generals and those who were deemed anti-revolutionary. It is believed that upwards of 9,000 military service-members were executed between February 1979 and October 1980, while hundreds were let go under bogus circumstances. Among those who were killed, there were dozens of highly trained fighter pilots, technicians and war planners whose absence left Iran almost defense-less against the Iraqi onslaught during the coming 8 year long war.

The second round of mass executions came in 1983-84 when several senior naval and ground forces officers were charged with ‘membership in Tudeh (communist party of Iran) party’ and summarily executed. Many claim that these men’s main crime was protesting the regime’s plans to expand the war and seize Iraqi territory. These senior officers believed the war objective of ejecting Iraq from Iran’s territory had been achieved and it was time to settle for peace.

But these mass executions and death squads are the official purges we know about. And the Iranian regime is actually proud of its work in ‘cleansing the earth from corrupt individuals’. The notion of ‘eradicating the corrupt from the face of the earth is very common in Iran.

Being ‘corrupt’ or ‘Mofsed’ is also a charge that the regime lays on any one who might be deemed counter-revolutionary or un-islamic.

And then there are purges we do not know about or haven’t heard much about.

The first of these came in September of 1981. The then commander of the Iranian AF Javad Fakouri along with the Chief of Staff of Iran’s armed forces General Fallahi, Defense Minister Namjou (all western oriented senior officers) died in a mysterious crash aboard a C-130 Hercules transport plane, while returning from an inspection tour of the Iranian military gains in the war against Saddam’s army.

Again, no official cause of the crash was ever released. Through these violent mass executions and lay offs, the new Islamic regime solidified its control over what was dubbed the Shah’s “Taghuti” Armed Forces.

As mentioned earlier, the entire command and general staff of the regular Iranian Air Force (IRIAF) was decimated in a mysterious ‘Lockheed JetStarII’ plane crash.

Gen. Sattari (a ground radar control officer by training) had become commander of the Iranian AF in 1986 at a time when the air force was under enormous pressure, and lacked any serious capability during the last phase of the war with Iraq. He’d become famous for introducing I-HAWK air defense missile batteries as battlefield mobile air defense systems. Through personal innovation and initiative, he single handedly was responsible for downing dozens of Iraqi aircraft. His connections with the current president of Iran who was chief of civil and military defense at the time paid off in 1986, and he was appointed the commander of the air force. 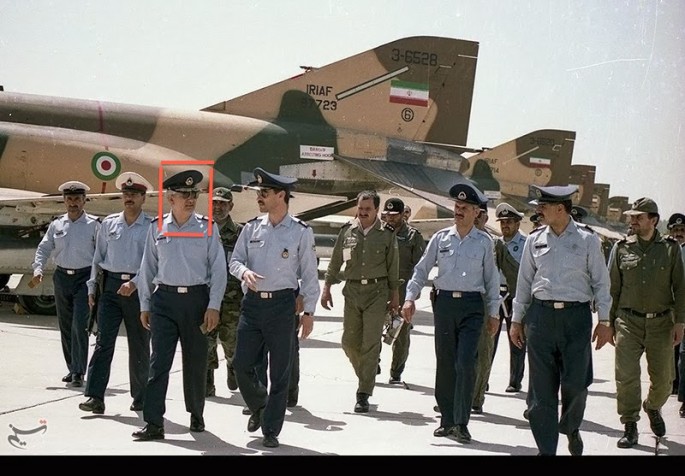 Though not known for being pro-Shah or remotely western, he had an independent streak that led him to be distrusted by the regime. He had grand plans to modernize the battered air force and pushed to purchase new aircraft (MiG-29s, Sukhoi-24, F-7 Chengdu… etc) and wished to strengthen the weakened air arm under his command. He retained many of the US trained pilots and technicians. He fought tooth and nail to have many of the western trained personnel be returned to active duty since their expertise were needed to maintain the western aircraft.

Those plans were not favored by a regime that regards the regular army as ‘Taghuti’ and relies on the ‘Islamic Revolutionary Guard Corps (IRGC)’ to protect the Islamic revolution. Not to mention using the IRGC as a check against the regular military. (IRGC has seized or established grounds/bases near every major regular military base in Iran).

Once those senior commanders (read obstacles) were killed, the regime went into one of its mass purges again. Dismissal rates increased, dissident personnel were thrown in jail, any one who voiced his concern against rampant corruption was jailed, cronyism grew larger as the new commander of the IRIAF Gen. Baghae’e (known as ‘Choopan’ or herder, for his love of goats, cows and sheep) turned the air force bases around the country into herding grounds, and started using the air force’s conscript soldiers as slave laborers in the regime’s oil and gas projects through out the country. He basically did what he was told to do: keep an important branch of the regular military weak and incompetent.

At the time of the ‘JetStarII crash’ in Isfahan in January of 1995, many within the air force community believed the cause of the incident was ‘a package’ given to a crew member as a gift. Did the ‘gift’ explode mid-air causing the loss of cabin pressure and subsequent loss of life and aircraft in the process? No one knows.

But the history of military purges in Iran tells me that the regime did not want General Sattari and co to run the regular air force.

What better way to dismiss these men in a mysterious mid-air crash than to risk upsetting 1/3rd of Iran’s mostly pro-western US trained regular military?

Iran has flown its version of the captured U.S. stealthy RQ-170 drone modified to bomb US Navy warships

Although footage has yet to be released, Tehran claims a domestically modified RQ-170 Sentinel has already made its maiden flight. Update Nov. 12, 2014: a video has been released. Click here. On May 11, Iran […]